A new policing policy to get burglary numbers down made headlines this past week, but so did a reporter lifting the lid on previous burglary stats that didn’t stack up after years of probing. Does this show the media need new tools to get facts out in the open? 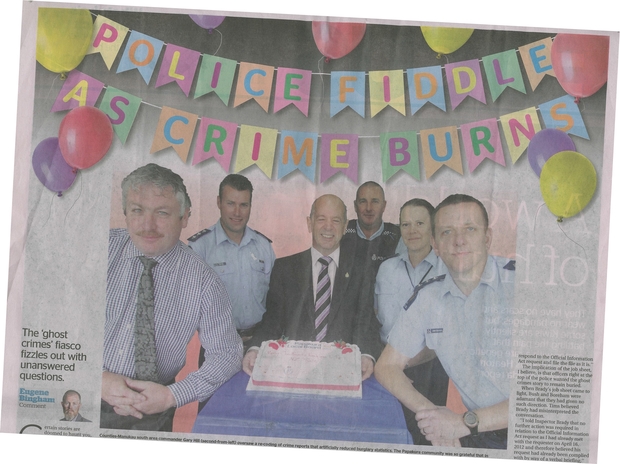 Last Monday, Minster of Police Judith Collins said the police would now put into practice their policy, announced in June, to make burglaries a priority crime and aim to attend every single household burglary in New Zealand. The same day, Prime Minister John Key published an open letter to "our dear Chinese friends in New Zealand” assuring them the police were treating burglary as a high priority.

The announcement certainly took the sting out of a big increase in burglaries - especially in Auckland - in the latest official crime figures released the following day.

Two days earlier, an earlier effort to bring burglary statistics down was also in the news.

'Ghost crimes' return to the news 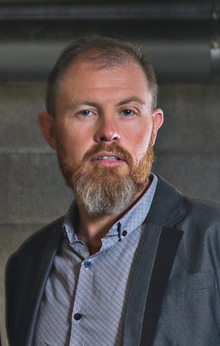 In a full-page account in the Sunday Star Times, Fairfax Media investigative reporter Eugene Bingham detailed how hundreds of burglaries in Counties-Manukau disappeared from the official statistics over three years from 2010. He also set out allegations of a cover-up after a whistle-blower told both the police and the media what was going on.

"Without that whistle-blower, we might never have known this had happened. It might even still be going on," Eugene Bingham told Mediawatch.

Eugene Bingham - who was then at TV3 - used the Official Information Act to find out more about these "ghost crimes” but encountered what he described as “years of obfuscation”.  Frustrated, he complained to the Office of the Ombudsman.

He eventually learned that the 're-coding' of burglaries was still going on long after it had been brought to the attention of police. He also found out an officer who reviewed the case for the police said he’d been told not to respond to Official Information Act requests.

Police Commissioner Mike Bush denied any part in that on TV3's The Nation last November.

In the Sunday Star Times last weekend, Eugene Bingham said the police have now acknowledged information was unjustifiably withheld from him. They have assured him in writing that steps have been taken to handle OIA requests better in future.

But all this has taken more than four years, and the Office of the Ombudsman has said it does not have the jurisdiction to act any further on the handling of the matter.

There has been no independent investigation of either the police meddling with the crime statistics, or the alleged cover-up of it, he said. The “ghost crimes” story has fizzled out with unanswered questions, and he said it calls into question journalists’ ability to get the truth on important matters raised by whistle-blowers.

Freedom of information: a broken system. Does anyone care? https://t.co/VuQlB1mxaF

"My OIA request isn't the only one that dates back that far, and it's not just the police," Eugene Bingham told Mediawatch.

He's far from the first journalist to complain about this. Last year, Nicky Hager said the Act is fine for obtaining basic information, but "basically useless" for getting hold of important material.

"In practice, I'm sick of it. If someone in power wants to evade it, it's frustratingly easy", he told RNZ.

Do we now need a body that can compel state agencies to release information that ought to be public?

Eugene Bingham said the OIA and back-up of the Office of the Ombudsman should be adequate, but the problem was backlogs.

"Many of my colleagues have given up on using the OIA because it takes too long. But it's great to the new Chief Ombudsman has fire in his belly and wants to get this under control. Requests of mine that have rotted away in the background have been fired up again," he said.

Tom Frewen, the editor of In Parliament and formerly editor of Mediawatch, suggested an official post like that of Information Commissioner in the UK.

But any law, he said, would be circumscribed because not all official information should be made public.

"You also have to look at what the government does to reduce exposure to the OIA," he said.

"There have been 215 submissions to the Bill, but none that I could find from anyone associated with the media," he told Mediawatch.