Four Pokémon hunters who foiled a theft in Napier say a masked man was just seconds from getting away when they tackled him to the ground.

The group was in a van playing Pokémon Go at the Perfume Point Car Park just after 9pm last night when they heard a car alarm going off, and saw a man wearing a Halloween mask sprinting away. 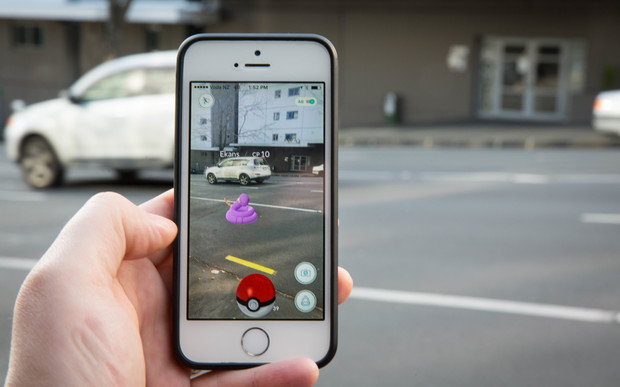 The group were hunting Pokémon when they caught an alleged thief. Photo: RNZ / Claire Eastham-Farrelly

The four gave chase, and tackled the man as he tried to get into another car, holding him while police were called.

One of the group, 26-year-old Stephanie Coakley, said their rugby skills came in handy.

"It was mere seconds, literally. He ran past his getaway car, obviously hoping that we weren't going to stop, but we stopped. We did a nice tackle, it was done."

A 28-year-old man was arrested on charges of stealing from a car and will appear in the Napier District Court next week.

Senior Sergeant David Sutherland, of the Eastern District Command Centre, said it was a "great catch".

"If it wasn't for this group of young people, then we would never have caught this guy. Well done to them, they were brave enough to hold him till our staff arrived and we thank them for a job well done. "

But he said people needed to ensure their own safety was paramount, and should call police first when intervening in matters.

"Capturing little Pokémon monsters isn't just good for the players because in this case it's good for the police too, but we don't want any good Samaritans getting hurt," Mr Sutherland said.