Christchurch housing providers are having trouble finding housing for the homeless, a cross-party homeless inquiry has heard today. 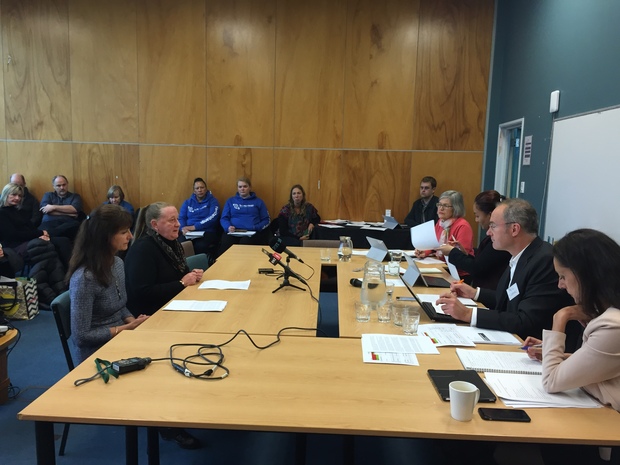 Today's hearing at the community centre, St John of God Waipuna, in Linwood is the second of five public hearings held by Labour, the Greens and the Maori Party around the country.

The inquiry aims to collect testimonies, complaints and recommendations on the issue.

Green Party MP Marama Davidson said a lack of affordable housing following the 2011 earthquakes was creating problems in the city.

"Even though the government is trying to claim that the way that they've organised the rebuild has benefited Christchurch, what the locals are telling us is actually the population also went up.... so the shortage is still very real.

"The organisations are telling us they're seeing an increase in homelessness."

Comcare Trust is a registered Community Housing Provider in Christchurch.

Its housing support services manager Annette Sutherland told the hearings panel a lack of affordable and accessible housing options in the city was leading to tough choices.

"Do I choose a women who is eight months pregnant living in a car? Or do I choose somebody who is homeless in hospital and about to be discharged?"

"These are the choices you have to make when you're running emergency housing."

The next hearing for the inquiry will be held in Tauranga on Monday.