The head of Te Puea Marae has told a cross-party inquiry into homelessness that Housing New Zealand and Work and Income should merge into a single agency.

The inquiry received more than 400 submissions, and was launched by the Labour Party, the Greens and the Māori Party after National MPs blocked an attempt to hold one by select committee.

The marae in south Auckland today hosted the first of the five public hearings that will be held by the three parties, with the aim of collecting testimonies, complaints and recommendations.

The second hearing will be held in Christchurch this Friday, with others to follow in Tauranga, Kaitaia and Wellington.

Te Puea Marae has been at the centre of the conversation on homelessness since they opened their doors three months ago, attracting more than 170 families, 40 of whom are now in social housing. 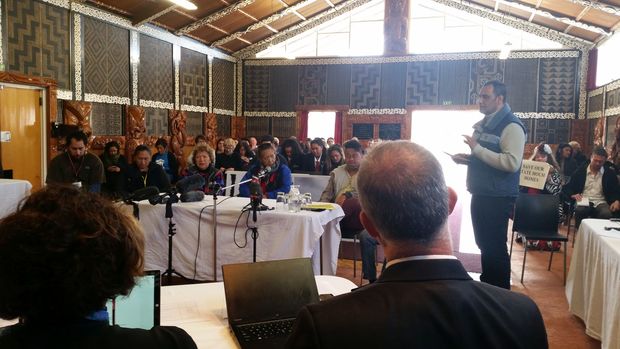 Its spokesperson, Hurimoana Dennis, told the hearing bad decisions and bureaucracy were the main reasons people ended up in the streets.

He said Housing New Zealand and Work and Income needed to either merge into a single agency or start working as one.

"Our whānau are getting caught up in this big tidal wave of they said, you said, he said."

As a result, he said people were strung along for weeks, months and even years without receiving any help.

"The agencies are using a very archaic, a very primitive, assessment tool to assess whānau urgency in terms of where they need to be on the priority list.

"It's so archaic, that some whānau who were supposed to be getting homes were not getting homes," Mr Dennis said. 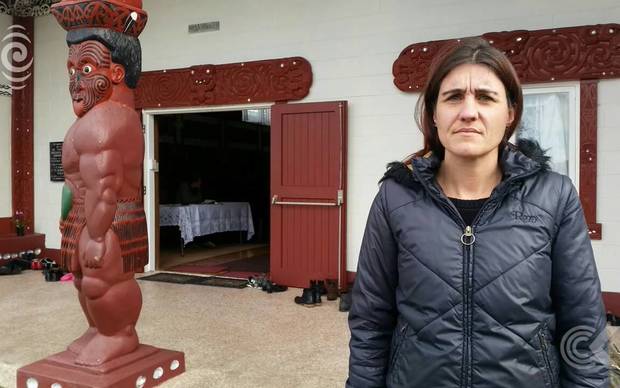 Deborah Thompson spoke at the first of the five hearings Photo: RNZ / YouTube

Deborah Thompson, who has been homeless for six months, also made a submission.

Ms Thompson takes care of her two children, including a 15-year-old daughter with severe epilepsy.

She was recently moved to a motel in Henderson by Work and Income, but she did not know how long she would be there.

"I've been there one month, but it's week to week and you have to go to WINZ and it's like an hour or longer.

"They're pulling bits out of you to see if you've done what you're meant to be doing, but I do, I do everything I have to do to look after my children."

The motel cost $770 a week, and Ms Thompson said she had not been told whether she was expected to pay that back.

"That's money that the government's paying for where they could have me housed."

She told the MPs she had been on the Housing New Zealand waiting list for five years and, before the motel, had spent the year in a caravan park.

"There's cockroaches and it's dirty and horrible, and there's no mobility toilet for my daughter."

She said she fought with Work and Income to give her a better place to stay until she was granted a motel room.

"I vowed and declared all my life I wouldn't live there, because I didn't want to degrade my children to that status of living, because I don't put my kids in that situation." 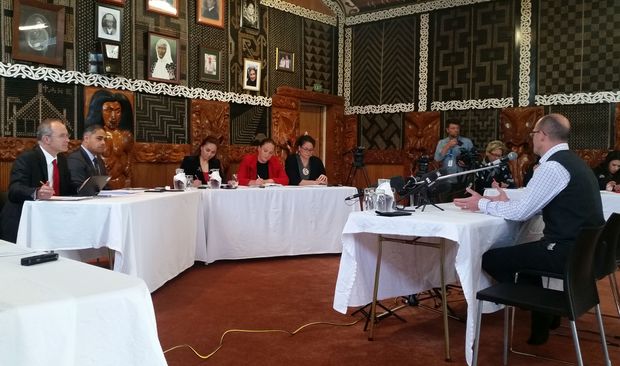 Several community housing providers also made submissions, describing what they called a failure of housing policy.

Paul Gilberd from the Housing Foundation said rising house prices and low wages made it impossible for people to find affordable homes, and that trickled down.

"It's no surprise we're seeing a rise in homelessness, if the system further up is blocked.

"Unless we address the affordable housing need, the situation with more and more people being pushed down the food chain will get a lot worse, and we're seeing that today."

He said providers like his were struggling to buy houses in the current market to turn them into social homes.

The Island Child Housing Trust, a family-owned shelter in Glen Innes, said it was struggling to find funding despite being the only one helping homeless people in east Auckland.

Its founder, Danielle Bergin, said she was recently granted a yearly $21,000 contract from the Ministry for Social Development to cover all her property costs.

"For that I'm supposed to take in three whānau at a time... I can't afford to hire any staff."

She said she did not understand why the government paid up to $1300 a week to motels for emergency housing when they were not doing anything to help the situation.

"It may as well be a Hansel and Gretel story."

She said the last eight years had been a big struggle for her family to continue providing for people in the community.