Labour and the Green Parties are opening an inquiry into homelessness after their attempt to get a select committee to hold one was blocked by National Party MPs.

Homelessness has been in the spotlight in recent months, after it emerged some families in Auckland had been sleeping in their cars. Photo: Supplied

Prime Minister John Key said his party had not supported the proposal because it already had a strong plan in place to deal with homelessness.

The two opposition parties said they had pitched the idea of a select committee inquiry because they thought it was time to try to find some cross-party consensus on the problem.

Mr Key was asked why National Party MPs on the Social Services Committee voted against the inquiry, when they had previously told TVNZ they supported the idea.

Mr Key said he also did not think there was any need for a summit on homelessness.

"I think what we need to do is implement the plan we've got and, if more resources are required, then we'll go away and have a look at that, but I'm not sure sitting around and having a summit on it would actually achieve anything."

During question time, Labour housing spokesperson Phil Twyford asked Ms Bennett why she did not support a select committee inquiry. 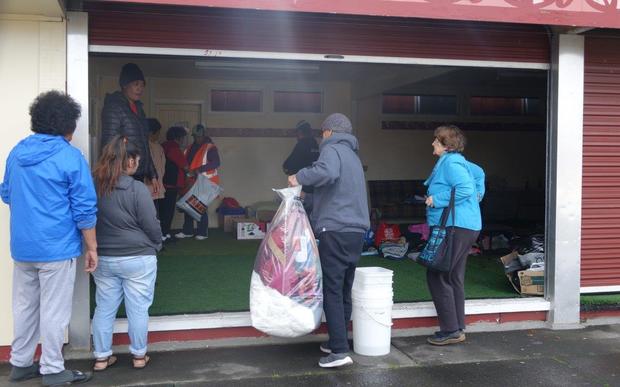 Ms Bennett replied that the government had a range of initiatives under way.

"Some which are already implemented, some which we are implementing and some that are still in the negotiating stages - all of which of make a huge difference in the issues of homelessness and emergency housing and that's what we want to concentrate on."

Mr Twyford then asked whether she instructed her caucus colleagues on the Social Services Committee to vote against the motion for an inquiry into homelessness, given that they had previously been supportive of an inquiry.

Mrs Bennett replied that she did not instruct the caucus to do anything.

"They had a discussion and we came to the view as a collective."

The Labour-Greens inquiry will include hearings in a number of main centres and will also call for submissions from the public, experts and service providers.