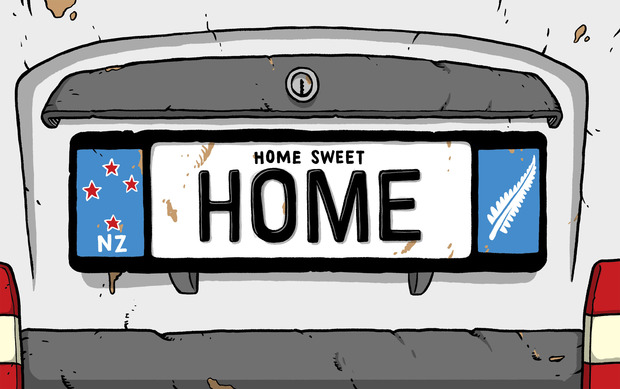 What is the emergency?

The national news agenda has been dominated for a month now by the plight of homeless people in New Zealand, and Auckland especially.

So this is a new thing?

While the problem is getting worse, pretty much everyone agrees it is not new.

The issue surged into the media and political spotlight, however, following a report for TV3's The Nation on May 14, in which Mike Wesley-Smith met people living in garages and cars in south Auckland. A stream of powerful stories have followed.

Is "emergency" not overstating it then?

Look, we were trying to find a less politically problematic word than "crisis".

Where to find these powerful stories, then?

The Toby & Toby journalistic appreciation subcommittee has been impressed by coverage across the board, not least the work from emerging RNZ talent John Campbell and his colleagues at Checkpoint.

An interview last week with TA, an 11-year-old girl who had been living with her family of eight in a van before being taken in by Te Puea Marae in Mangere Bridge, seemed to touch people especially.

Here it is, illustrated:

What do the numbers say about homelessness in NZ?

Is that what they mean by the one-percenters?

And what does "homeless" mean in this context?

According to the official definition, as established by Statistics NZ in 2009, "homelessness" means "having no other options to acquire safe and secure housing", encompassing four categories: sleeping with no shelter or makeshift shelter, including on the street or in cars; in temporary shelter such as hostels, camp sites or refuges; sharing temporary accommodation in someone else's private dwelling; and "uninhabitable housing".

What is the root cause of the crisis?

We're calling it an emergency.

Can we move on?

Sure. What is the root cause of the homelessness problem?

The core of the problem, as summarised in a 2014 parliamentary library study, is "the provision of affordable accommodation".

The impact of an over-heated and under-supplied Auckland housing market is being felt across the city and beyond, but the pinch is in the tail, with a severe shortage of social housing.

Is that the same as state housing?

The government prefers social housing, a catch-all to include Housing New Zealand dwellings and those provided by community groups such as the Salvation Army and iwi.

Indeed, one of the marquee government housing policies is the transfer of state stock to community groups.

What is the government doing about the homeless problem?

The government, which has three cabinet ministers assigned to different strands of housing, says it is making progress with freeing up land and advancing building projects in Auckland, that it has poured millions into emergency housing, that cash incentives are being offered to those seeking social housing to move out of Auckland and that it may block-book motel rooms for the winter months. People with nowhere else to go who are forced to stay in motels will no longer have to pay for the first seven nights.

Pay for them? Isn't that the how could the point that they?

Spit it out. What's the question?

How could people who can't afford the cheapest rentals pay for motel rooms?

The system has been that the Ministry of Social Development (MSD) pays for the rooms, with the tenant expected to reimburse MSD over time. Some families have reportedly chalked up debts of as much as $70,000.

Isn't part of the problem that many of these people don't want help?

There is no doubt that some are reluctant to engage with government departments, but this is a small minority.

It's just that, a couple of weeks ago an MSD "flying squad" went out with the Salvation Army in Takanini and knocked on eight cars and all eight refused support.

The prime minister did say that happened, but the Salvation Army issued a statement saying no, it didn't. Turned out it was the result of a "miscommunication".

Which part wasn't true? That there was a "flying squad"? That MSD were out there with the Sallies? That they knocked on cars? Or that the occupants refused support?

What does the research say about the impacts of homelessness?

It's unambiguous - there is widespread evidence in New Zealand and overseas of considerable and lasting detriment to physical and mental health, education, employment prospects, and so on, with children (who make up half of NZ's homeless number) most vulnerable of all.

Or, to look at it another way, the NZ Human Rights Commission says "Prioritising the right to healthy, affordable housing has a demonstrably positive impact on health, educational development, and social and psychological wellbeing".

Is housing a right?

The right to adequate housing is recognised in the Universal Declaration of Human Rights.

And where does Te Puea come into it?

The marae, in Māngere Bridge, has opened its doors (as have other marae) to dozens of homeless people in recent weeks.

It has become a lightning rod politically, most recently with Paula Bennett denying claims her office has been smearing the marae chairman.

But it has been a lightning rod, too, for community compassion and solidarity, with donations, gifts and volunteers flooding in.

That's very generous. But don't we already have a system where society provides shelter and housing to the most vulnerable, with a kind of formula that means the best-off contribute the most?

Take your crazy radical thinking and get out of here.