Feral cats are reaching plague proportions in New Zealand's back country and no-one seems to want to take responsibility for the problem, says a Taranaki beekeeper.

Sarah Hart and her partner Steven Henwood say they often drive through - what they describe as - "herds" of wild cats while out retrieving hives.

The couple live in the remote Okoki valley, about 20 kilometres inland from Urenui in North Taranaki.

Ms Hart said at dusk the rugged beef and sheep country was alive with feline forms - some of the estimated 2.5 million feral cats in New Zealand.

"At around twilight time you see the little eyes especially the kittens are quite active at that time.

"Older cats are harder to spot they're wily, but the younger kittens are especially on the road edges as you're driving home scampering out of your way and possibly just out hunting." 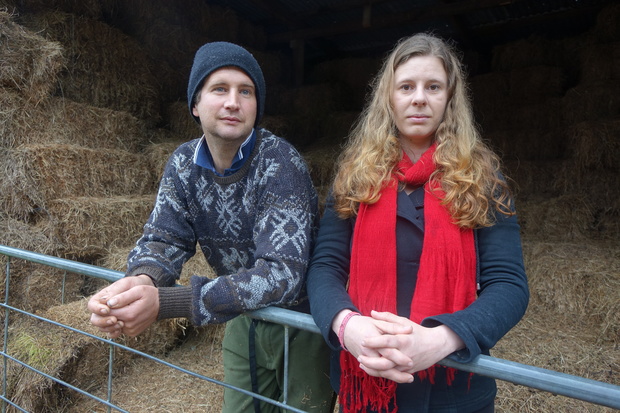 Ms Hart has a bachelor of applied science majoring in biodiversity management.

She said people often dumped unwanted kittens in the area without thinking about the devastating affect feral cats had on native wildlife.

And the situation was even worse at Mangamingi in East Taranaki where the couple said they had inadvertently skittled dozens of cats while returning from work.

"You get to the end of that trip and you feel quite sick you've just ... but at the same time you kinda think to yourself that you've helped the issue by helping decrease a few numbers.

"But maybe something a bit more targeted can be done about this rather than just ad hoc murdering of kittens." 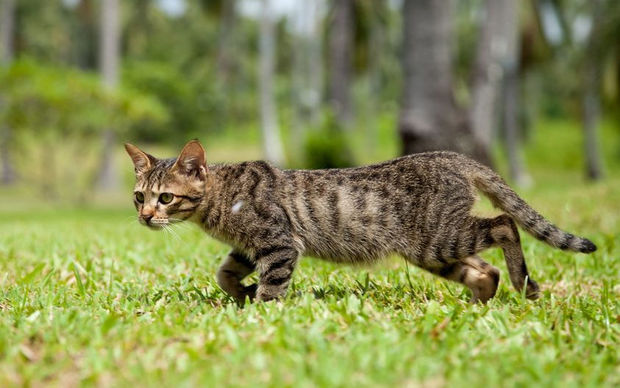 Ms Hart said the Department of Conservation was stretched controlling possums, rats and stoats, and territorial authorities targeted cat dumpers rather than dealing with existing populations.

The Morgan Foundation is a member of the National Cat Management Strategy Group, which includes the SPCA and Local Government New Zealand.

"Local councils have really passed the buck on this one they've moved out of taking any responsibility for cats and it's become a bit of a no-go zone, no one's really managing it and it's the cats that are falling between the cracks." 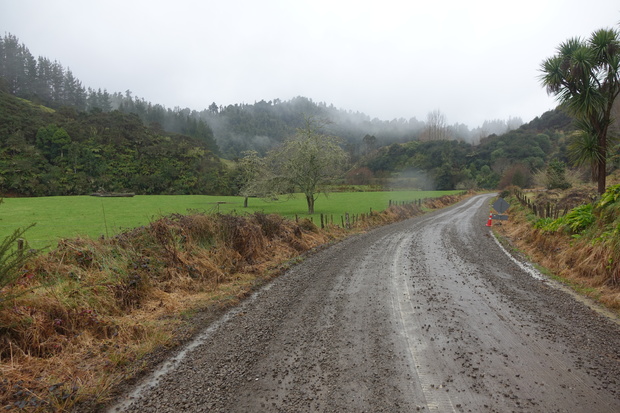 Ms Hart said the older cats were harder to spot, but often you could see younger kittens on the road's edge. Photo: RNZ / Robin Martin

The National Cat Management Strategy Group aims to eradicate all New Zealand's feral cats by 2025, but Mr Simmons said any solution to the problem would be complex, involve multiple agencies and begin with the family moggy.

"The first issue is that we need to make sure people are responsible pet owners. People shouldn't be dumping cats, we have to make sure pet owners are held to account for their actions and that they actually look after their pets."

This position was supported by DoC and the SPCA, organisations which also agreed direct action was needed to control feral cat numbers.

DoC's threatened species ambassador Nicola Toki said the department was not shy about targeting cats when it was needed.

"It's very much about where the cats are and the impact that they are having on our vulnerable native wildlife so feral cats on public conservation land are certainly within our responsibility.

"We take our pest control very seriously and if feral cats are a problem we will deal to them."

Feral cats could also expect little mercy from the SPCA, an organisation better known for its animal welfare activities.

Chief scientific officer Arnja Dale said the evidence of feral cats' threat to native species was overwhelming and it made a distinction between them and pet cats and strays, which still had human contact.

"What we argue for within the national cat management strategy is that if populations do need to be managed alongside rats, stoats, ferrets and other species as well, possums for example, that it is done so in the most human way possible."

Dr Dale said the SPCA advocated shooting of feral cats, the use of kill-traps or any method which killed the cats instantly. This included live trapping where traps were cleared often and cats dispatched quickly by trappers.

The National Cat Management Strategy Group aimed to present its plan for the control of feral cats to government next year.