The source of campylobacter found in Havelock North's water is most likely to be cattle, sheep or deer, according to an interim report into the contamination crisis. 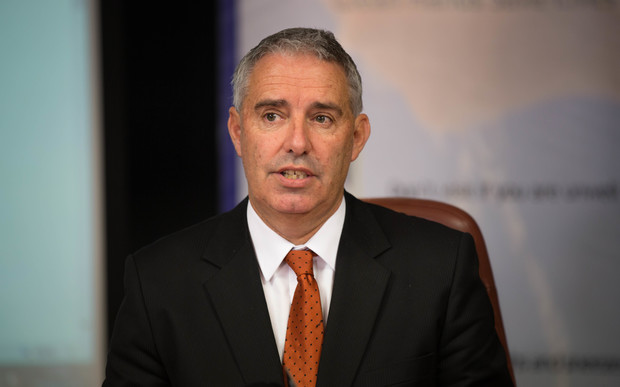 More than 4000 people are estimated to have fallen ill after the Hawke's Bay town's water supply was contaminated with the bacteria, and 17 people remain in hospital.

Preliminary results from the tests carried out on the contaminated water have shown, while several strains of the bacteria were present, ruminants were the most likely source.

Wild fowl was also a possible source, but the report from Environmental Science and Research (ESR) said poultry was unlikely.

The institute said more analysis would be carried out next week before a final assessment of the source could be made.

Hastings Mayor Lawrence Yule said it was likely the previous weekend's flooding had swept faeces from livestock into the water supply.

"It's very hard to explain it in any other way. I've been a farmer, I'm an engineer, and it looks likely that somehow that has occurred."

Meanwhile, the latest tests of the water supply for nearby Hastings and Flaxmere, carried out today, showed there was no contamination and residents no longer needed to boil their drinking water.

The Hastings District Council said the area's water supply would be chlorinated until further notice.

But it said residents in Havelock North must continue to boil their water, although chlorination continued to be effective at keeping the water supply clear of contamination.

It was revealed earlier today that businesses in Havelock North were to be given financial help to compensate for the loss of custom caused by the outbreak.

Other test results released today confirmed an 89-year-old woman who died in the town had campylobacter, although it was not yet clear whether it caused or contributed to her death.

The government launched an independent inquiry into the tainted water yesterday.