Anti-1080 activists in Taranaki are vowing to take direct action to halt a massive drop of the pest control poison in Egmont National Park. 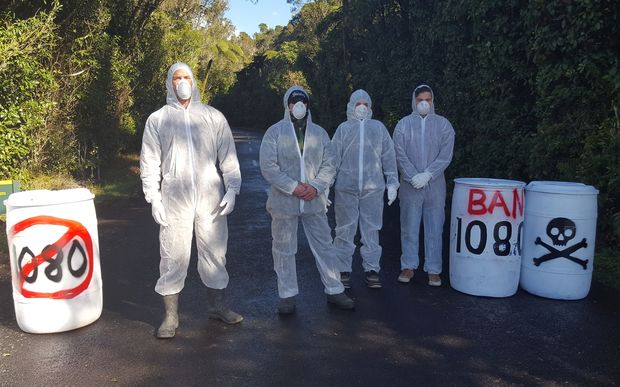 The Department of Conservation (DOC) is about to drop more than 50 tonnes of 1080 bait across 34,000ha of the national park as part of its 'Battle for the Birds' programme, which is targeting 700,000 hectares of bush nation-wide.

But the plans have been met by opposition from local group 100% Pure Taranaki, who are vowing to 'stop the drop'.

About 120 people packed into a New Plymouth hall last night for a meeting organised by the group, which outlined its case against 1080 poison.

It's spokesman Chris Wilkes was adamant that the drop should not take place.

"I most definitely want to stop it. Yeah, stop the drop is the call and we've got solid volunteers willing to put their bodies on the line. We're going to stop the drop.

"I believe once the poison is on the mountain it's far too late, the damage is done. So the idea is stop it from even getting up there, you know." 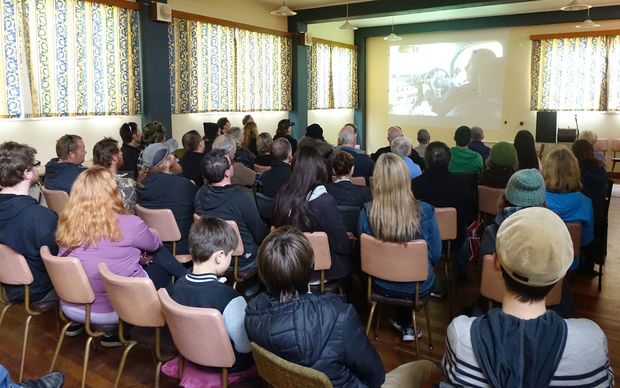 "I"m concerned about the ecology, you know. Just the indiscriminate killing basically of anything, from soil microbes right through to mammals.

"Water contamination is a really big issue too, I believe. There's 365 streams and rivers coming off Mt Taranaki and probably about 70,000 people directly and indirectly draw water off that mountain to drink and it's all going to get contaminated."

But DOC said 1080 was the only realistic option for controlling the possums, rats and stoats, which are responsible for the destruction of native bird life in New Zealand. 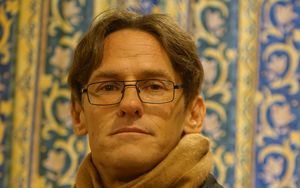 Clyde Graf, who was jailed in Australia in 1986 for his role in a bank robbery, said DOC was not being honest about the effectiveness of 1080, its risk to water sources, the by-kill of native birds and the in-humane nature of the death it causes.

He said there was only one rational explanation for 1080's continued use.

"There is enormous amounts of money and budgets involved. It's billions of dollars that would be required and that's just a big money-making machine.

"The New Zealand government owns the factory that imports the poisons, manufactures them and distributes those poisons including internationally so there is money in it."

DOC spokesperson Herb Christophers said the net benefit of 1080 use had been scientifically proven and reaffirmed in the Parliamentary Commissioner for the Environment Dr Jan Wright's 2011 report on its use.

"Everything the Department of Conservation does is backed by science and we don't do this stuff lightly.

"We wouldn't be using 1080 if it was the problem its opponents says it was, we would stop using it immediately. Why would we be using something that was so much a threat to the environment? It seems contrary to why we'd even be doing it."

But despite DOC's information campaigns, people in the crowd last night remain unconvinced.

Emily Page, who was there with her young child, Ocean, was worried about where the poison was ending up. 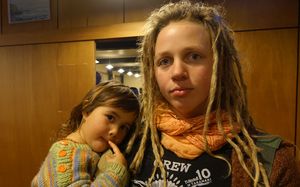 "My issues around 1080 is that it is destroying our ecology and it's getting into our waterways and it's not just in the bush."

Merv Smith had driven all the way from Bull to the meeting. He reckoned 1080 simply had not worked.

"It hasn't done anyone any good over the last 63 years they've been dropping it and it's just no birds, more rats. So it's not working and it needs to stop.

Travelling musician Missy worried about how the poison worked.

"I just think that as soon as something is inhumane it is just not an option. We should be an evolved enough species that is just not something we look at."

Mr Christophers said DOC did not want to get into a tit-for-tat argument with 1080 opponents and instead wanted to bring them on-board. 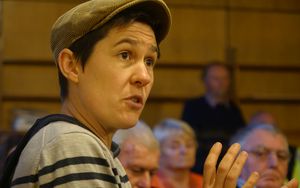 "There are a small band of committed people who have a point of view which is to some extent valid and that maybe tells us that we are not getting the message out there correctly.

"And it's about, not convincing them, but showing them the evidence of the truth we have available to demonstrate the benefits of 1080."

DOC began dropping non-toxic bait in Egmont National Park last week and is due to begin the 1080 drop before the end of the month.