A real estate agent who sold a property to former Wellington Tenths Trust head Sir Ngatata Love and his partner has told a court she believed the partner, Lorraine Skiffington, was driving the transaction. 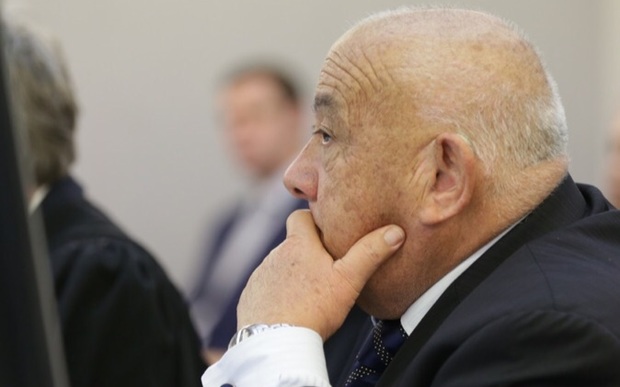 A developer says Ngatata Love's partner and son both urged him to keep details of a property project confidential. Photo: RNZ / Rebekah Parsons-King

Jo-Anne Sutton has given evidence in the High Court in Wellington, where Sir Ngatata is on trial charged with fraud relating to a property development in the capital.

The Crown says an Auckland property development company paid $1.5 million into Ms Skiffington's company and most of the money was used to pay down a mortgage on a home the couple bought in Plimmerton.

Ms Sutton said Ms Skiffington sought a private viewing of the property before an open home, then rang her later that night to say she and Sir Ngatata wanted to buy the property.

She said there was a special condition on the sale document that the price and conditions of the purchase were to remain confidential.

Earlier on Thursday, Auckland funds manager Kerry Knight said he was urged to ensure confidentiality was maintained over the property development project.

Mr Knight told the court he met Sir Ngatata in Auckland in 2005 and discussed potential property projects in Wellington.

He also met the defendant's son, Matene Love, who he understood was heading a development taskforce for the Tenths Trust.

Arrangements were made for money to be paid to Matene Love through his company, Yellowstone Consultants, depending on progress on the property development, Mr Knight said.

That included $150,000 "for [Matene] introducing Mr Knight's company to the Pipitea Street project".

He also referred to an email he received in May 2006 from Matene Love, who asked that correspondence about the project be sent to Sir Ngatata, even though it would go to him.

"As people may want to see a paper trail later on and how these decisions were arrived at and it's Ngatata that has mandate to negotiate these, not me," the email said.

It continued: "Reference to Yellowstone should removed from correspondence as it's supposedly Ngatata you are supposedly dealing with."

Mr Knight eventually decided he could not work with Matene Love anymore, 'because he wasn't doing the work he was supposed to be doing", he told the court.

In September 2006 he received an email from Ms Skiffington, telling him Sir Ngatata wanted her to be the new contact for the development, Mr Knight said.

He also received a letter saying those he was dealing with wanted the lease premium on the property to be $4m - more than had been initially agreed, he said.

They also wanted a higher annual ground rental for the land.

The lease premium would be paid to Pipitea Street Developments Limited, a company connected with Ms Skiffington, which had only been formed the previous day, Mr Knight said.

The email mentioned a confidentiality requirement.

"Our client notes the extreme commercial sensitivity... We require the terms of this offer, including its existence, be kept confidential between the parties and that all correspondence and communication in respect of the offer is to be made to our office unless otherwise advised," it said.

A colleague later rang him in tears because she had inadvertently sent the services agreement to the Tenths Trust's lawyer, Mr Knight said.

From his point of view there was no need for confidentiality, but Ms Skiffington was clearly very sensitive about it, he said.

He was surprised in 2007 when he heard about Sir Ngatata and Ms Skiffington's relationship and that they'd bought a house together.

Mr Knight was consistently told the Tenths Trust's resolutions were private and couldn't be made available, he said.

At one stage he got a copy of minutes from the trust, but a large amount of information was blanked out.

That was the only correspondence he ever had with the organisation, he said.

Sir Ngatata went to hospital on Monday after falling ill, but returned to the trial yesterday.

The trial before Justice Lang continues.