The trial of prominent Māori leader Sir Ngatata Love has taken an unscheduled break, after he fell ill and was taken to hospital. 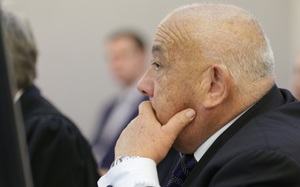 Sir Ngatata, 78, who once led the Wellington Tenths Trust, an iwi organisation, is accused of defrauding it in a property development.

He has been charged with fraudulently receiving $1.8 million as part of an arrangement for the development in central Wellington.

He also faces an alternative charge of corruptly obtaining that sum for himself or someone else as an inducement or reward for having shown favour to certain businesses.

This morning, former Wellington lawyer Shaan Stevens gave evidence in the trial in the High Court in Wellington.

He was himself struck off the lawyers' roll after being convicted of fraud and tax evasion in 2011.

Mr Stevens told the court Sir Ngatata had sought his advice on the property agreement central to the charges, but he did not believe it would be good for the Tenths Trust.

He said the Trust was being asked to take on all the developers' risk, but it would get none of the profit.

Mr Stevens said the agreement could have caused millions of dollars of economic loss to the Tenths Trust.

He said he was also concerned when Sir Ngatata's partner, Lorraine Skiffington, told him to move almost $1.5m into bank accounts for a trust belonging to the couple.

Mr Stevens said he told her if the property deal did not become unconditional the money would need to be repaid and he did not think it was wise to transfer the money out.

However, Ms Skiffington had said it was needed to reduce the couple's liability on a loan for a house they had bought.

Ms Skiffington was also initially charged with fraud relating to her involvement in the property development.

However, she is seriously ill and the charges against her were stayed in August last year.

Sir Ngatata's son, Matene Love, pleaded guilty to a charge of accepting a secret commission relating to his part in the proposed property development and in October last year was sentenced to 6 months home detention.