A former lawyer who once acted for former Wellington Tenths Trust chairman Sir Ngatata Love has denied trying to implicate him in financial transactions carried out by his partner. 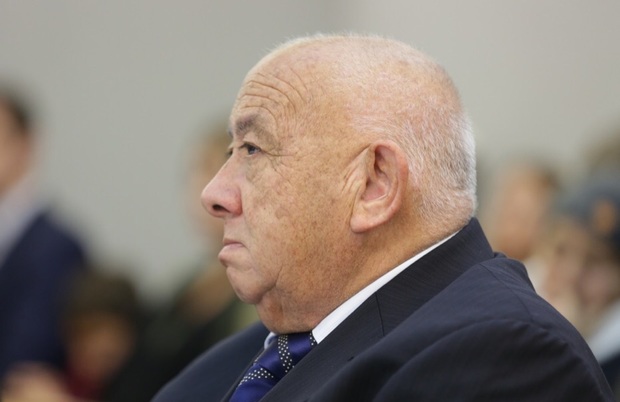 The Māori elder is on trial in the High Court in Wellington, accused of fraud in relation to a land development in Pipitea Street in central Wellington.

The Crown says Sir Ngatata and his partner Lorraine Skiffington used most of a $1.5 million payment from the Auckland property developers to pay down a mortgage on their home, but he denies the charge.

Shaan Stevens, who was removed from the Lawyers' Roll after being convicted of fraud and tax evasion in 2011, told the Court on Wednesday he met Sir Ngatata while working with a taskforce for Māori development.

He said Sir Ngatata sought his advice on the property agreement, but he did not believe it would be good for the Tenths Trust because they were being asked to take on all the developers' risk, but get none of the profit.

Mr Stevens said he raised his concerns about the property development with Ms Skiffington, who worked in his office, but she told him "Dr Love is entitled to this money" and "Ngatata had everything in hand".

He said he felt there was nothing he could do as Ms Skiffington was associated with one of his firm's biggest clients.

"I was told if I didn't follow what they wanted, life would be very difficult for us."

During cross-examination defence lawyer Colin Carruthers QC suggested Ms Skiffington made it well-known that she was Sir Ngatata's partner and was therefore able to wield a certain amount of power.

"Her standard line was, 'Ngatata told me to tell you'?"

Mr Stevens agreed with that and said Ms Skiffington's attitude was one of having power and control and suggesting she was acting on behalf of someone else.

Later in cross-examination the witness said he could not remember if the movement of money was handled solely by Ms Skiffington.

Mr Carruthers asked him why he was trying to implicate Sir Ngatata in that when he had no recollection of it, but Mr Stevens denied trying to do that.

Justice Lang asked Mr Stevens if he received any instructions from Sir Ngatata about the transfer of money out of M and M trust or Pipitea St, and he said he had not.

Ms Skiffington had also originally been charged over the property development, but she is seriously ill and the charges against her were stayed in August last year.

Sir Ngatata Love fell ill on Monday and had to leave the hearing to go to the Hospital, but he was back in Court on Wednesday.