Police have delivered a dramatic account of drunken excess in the party centre of Courtenay Place to the Wellington City Council. 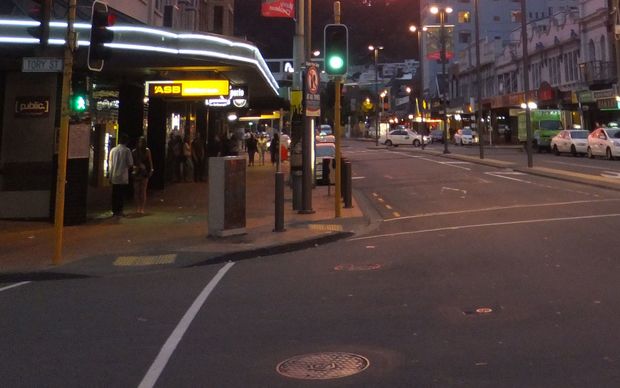 Councillors were told of arrests for fighting and assaults, as well as people passing out alone in freezing conditions.

But they got a conflicting account from the hospitality industry, which argued the dangers were exaggerated.

The meeting came in the wake of a failed attempt last year to reform central Wellington drinking laws, and councillors were working on a new policy.

The inspector was accompanying his officers and did not like what they found.

"We would have dealt with probably up to a dozen fights and assaults," he said.

"In addition, 10 people were extremely intoxicated."

Inspector Bensemann then described one case where a young woman was found in what he described as a risky situation.

"She was found at the bottom of Blair Street in a doorway," he said.

"She would have been 18. It was extremely cold on Saturday night as we all know.

"She had become isolated from her friends, was extremely intoxicated and was falling asleep.

"All she had on was a slip. I hate to think what would have happened if she had not been found."

The hospitality industry then weighed in, with Robert Brewer of Spirits New Zealand telling councillors that drinking was becoming less of a problem, not more.

"Hazardous drinking especially by young people is coming down and has done for some time.

"Overall we are all consuming less alcohol and in fact over the last 10 to 15 years the amount of alcohol available for New Zealanders over 18 has reduced by 25 percent."

"People wanting to get into venues know they are not going to get past the doorman if they are intoxicated.

"People know that if you want to go out and get into a bar you have to be well behaved. We found inside bars people are better behaved, they are more aware of their friends' behaviour and they do not kick up a fuss if you say listen mate, you have had enough it is time to go."

These comments will not change policy but will be used by councillors to help develop new rules on alcohol in the central city.

A previous attempt to develop a policy was shot down in legal flames last year and the council is basically starting again.