Councils across the country may struggle to enforce any policies allowing bars to stay open beyond 4am, after a Wellington City Council bid was overturned. 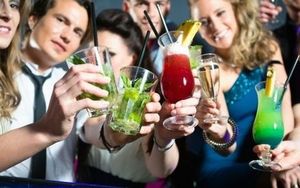 The Alcohol Regulatory Licensing Authority Council rejected the council's plan to allow selected bars to stay open until 5am.

Police and Capital and Coast District Health Board, who successfully appealed the plan, said that since the earlier closing time kicked in there had been a marked drop in alcohol-fuelled violence, crime and injuries.

Chairperson Geraldine Murphy said many people were worried about the harm to society from extended hours of drinking and excessive alcohol consumption.

"From a residents' and businessowners' perspective, it was the unsavoury alcohol related harm - like coming out and finding your front door [has] been used as a toilet overnight, and vomit and broken bottles."

Spokesperson for the lobby group Alcohol Healthwatch Christine Rogan said she was delighted with the authority's stance that councils should be focused on reducing alcohol-related harm rather than bar takings.

"At long last public health is being held up as being the primary aim."

Spokesman for Alcohol Action New Zealand, Professor Doug Sellman, said the liquor industry was one of the most powerful lobby groups in the country and he believed it would fight to stop this decision setting a precedent.

He said the Government could have easily brought in robust opening hours for both on and off-licenses.

"But instead they're committing every council in New Zealand to take on the alcohol industry individually.

"I think it's a scandal and we will look back historically and say 'Why the heck didn't the Government do something at a central level?'".

However, the Hospitality Association's Wellington branch president Jeremy Smith said bar owners and restaurateurs were "gutted" by the decision.

He said some bars had taken a 15 percent hit in earnings since 4am closing came into effect in December 2013 "and if some are only making a couple of percent profit, that can have a serious impact".

Mr Smith said the announcement yesterday that Wellington institution Molly Malone's and the 3C Bar in Chews Lane had gone into receivership showed times were tough in the industry.

"I fear we're going to see more closures before people realise it's gone too far."

Mr Smith said the industry suffered from "over-regulation", with only 20 percent of alcohol now drunk on licensed premises, yet 80 percent of the regulations falling on bars and restaurants.

The head of Local Government New Zealand, Hastings mayor Lawrence Yule, said there was a risk that local plans could create inconsistencies.

He said many councils believed they had been given "a hospital pass" by the Government to work it out "without enough direction from the centre".

"Be that as it may, that's what we've got and we're working through it.

Wellington City Council could still appeal the decision to the High Court, draw up a new policy or simply stick with the 4am closing time.