A stripper who spoke out about alleged abuse by members of the Chiefs rugby team says she has spoken to police and wants to help other women in her situation. 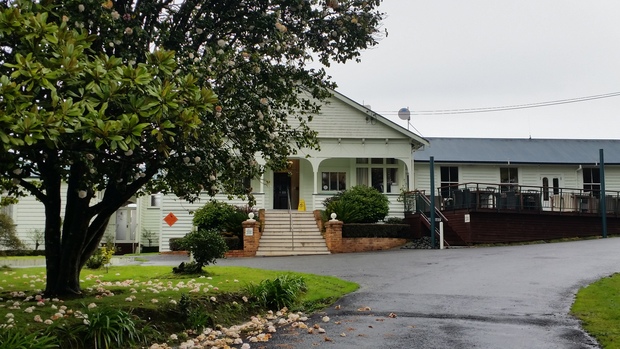 The Okoroire Hot Springs Hotel, where the woman says Chiefs players touched her inappropriately and threw gravel at her during an end-of-season party. Photo: RNZ/ Michelle Cooke

The woman - who would only be named as Scarlette - said some of the players touched her inappropriately, threw gravel and chanted lewdly at her during a performance in the garden bar at the Ōkoroire hot pools on Monday night.

Police detectives visited her at her home today to offer support and spoke to her about her options.

She told Checkpoint With John Campbell the last few days have been traumatic but she hopes her experience will help other women.

"If it could help one girl from going through the same thing, honestly, that would be enough. It's just raising awareness and letting people know it's not okay, and people can speak out, and be heard."

Scarlette said she was hesitant about involving the police, because of past experiences, and today had triggered bad memories.

The New Zealand Rugby Union is jointly investigating the allegations with the Waikato team and the Players' Association.

Apology for 'hurt and alarm'

Earlier today, a spokeswoman for a major sponsor of the Waikato rugby team apologised for saying Scarlette "opened herself up to bad behaviour" when she chose to take her clothes off in a room of young men.

"I feel terrible that my poor choice of words have caused hurt and alarm. I am even more regretful given that I have always been passionate about championing causes and organisations that improve our communities both professionally on behalf of Gallagher's philanthropic efforts and personally on a number of not for profit boards."

The refuge's chief executive, Ruahine Albert, said Ms Comer was deeply sorry for the words she had used, and would keep her position.

"I think the fact that she's gone on in [the] media and apologised - hers was about the harm and the impact of the words that she used, and the whole media interaction and how it's just blown out, how that's affected a number of people, is where she's come from."

The organisation is not affiliated to national body Women's Refuge New Zealand.