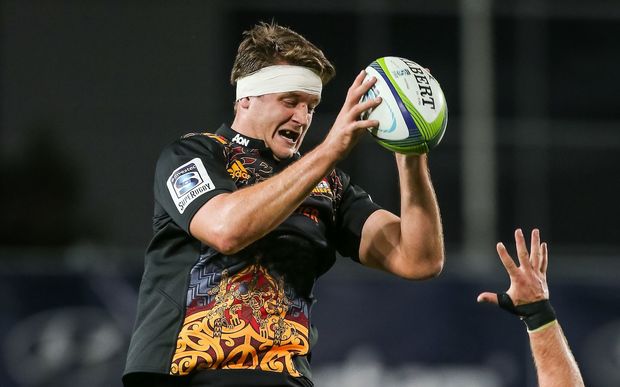 Brendan Barraclough says he and his partner were at the hot springs last night, where the Chiefs were having drinks, when a player shouted "here come the gays" and other sexually explicit comments.

Mr Allardice, who made the comments, said they were not directed at Mr Barraclough but as a jest to a team mate.

He said he did not mean to offend anyone.

"I have today contacted Brendan and apologised for the offence caused by my inappropriate comments, regardless of who they were directed at. I have expressed to Brendan that I have taken full responsibility for my actions, but I have also assured him that there was no malicious intent in my comments - I wasn't yelling at a stranger to inflict hurt.

"I am deeply embarrassed and ashamed of the hurt I've caused Brendan and the wider LGBT community and anyone else who I have offended by my comments. I casually used very poor language and have learned a very big lesson today.

"I have chosen to come forward because I believe in being accountable and taking responsibility for your actions, and also because I hope this can be a learning experience for others that homophobic language, even in jest, has wide-reaching and hurtful effects.

Chiefs chief executive Andrew Flexman said the team were considering what, if any, action would be taken.

A major sponsor of the team said it was disappointed by the comments and the player involved should be sent to counselling.

Earlier, Mr Barraclough said the Chiefs players, who were clad in costumes and having a few drinks at the bar, were friendly and polite at first.

But Mr Barraclough said when he and his partner left, one of the players' attitude suddenly changed and he shouted homophobic comments at them.

"We were coming back up the hill towards the pub where you park, and you could hear someone yelling but you couldn't really hear it," he said.

Mr Barraclough said when they got closer, they realised he was shouting "Here come the gays!" and other sexually explicit comments.

"You get it all the time. Random people say different things, but you get over it and learn to just brush it off. But does that make it okay? No. It just means that I ignore it.

"But there's lots of people who can't ignore it, and get affected by it." 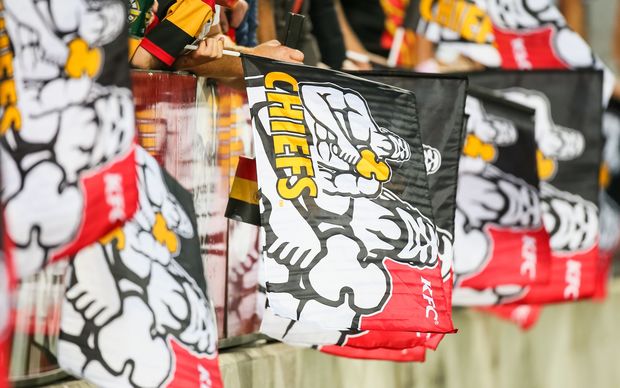 Chief's head sponsor Gallagher Group said it was hugely disappointed by the comments.

However, sponsorship and community executive Margaret Comer said she was confident it would be dealt with appropriately, and Gallagher Group would not pull sponsorship.

"Everybody at some stage in their life makes a stupid mistake," she said.

"I just hope that this person, whoever it is, receives the correct and appropriate counselling and will face up to what has occurred.

As well as counselling, Ms Comer said the player involved needed a crash-course in how to behave.

"One, how to behave as a Chief in the community, and two, about saying those sorts of things. That's blimming 1950s stuff."

Moves to combat homophobia in rugby were already underway.

Rugby union officials - along with their counterparts in league, hockey, netball and football - have committed to having a set of guidelines to reduce discrimination in place by the end of the year.

In May, Hurricanes players Ardie Savea and Victor Vito donned rainbow laces during a game, and head of New Zealand rugby Steve Tew was on record saying the country was ready for a gay All Black.

Otago University sport management lecturer Sally Shaw has researched homophobia in sport and said this looked like a classic example.

"That is the challenge for our sport organisations - to make their sports as truly inclusive as possible."