New Zealand insurers have revealed a $30 million bill for dramatic floods that swept through Franz Josef in March and lashed other regions. 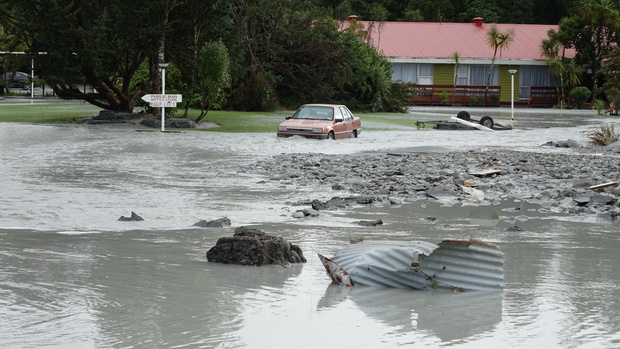 The March storm caused the Waiho River to burst its banks and pour through the Mueller Hotel in the town.

Around 350mm fell in a 24-hour period, and forced the evacuation of almost 200 people.

Elsewhere in the country, strong winds brought down trees and power cables.

Around $27.5 million worth of claims were related to commercial material damage and business interruption, while house, contents and motor damage made up the balance.