A local state of emergency has been declared on the West Coast after flooding forced the evacuation of nearly 200 people in Franz Josef.

Flooding has also hit Nelson and Tasman, and trees have brought down power lines in Auckland as wild weather lashes the country. 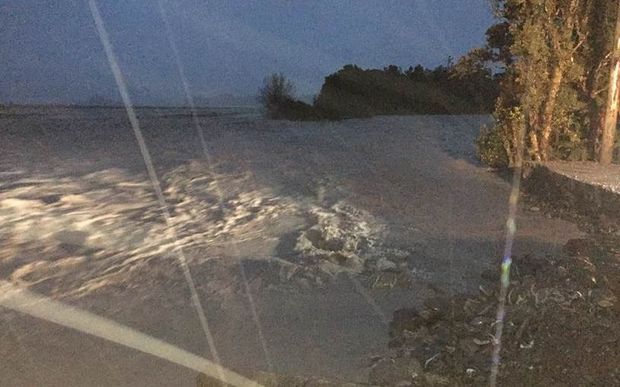 The Waiho River breached its bank near Franz Josef about 11.50pm last night.

Glacier Country Helicopter pilot Gus Gordon, who surveyed the area this morning, said the main flow of the river was now going through the Mueller Scenic Hotel, north of Franz Josef.

He said the Franz Josef Glacier had uncovered a lot of gravel as it retreated, which had washed into the river and left nowhere for the water to go when in flood. 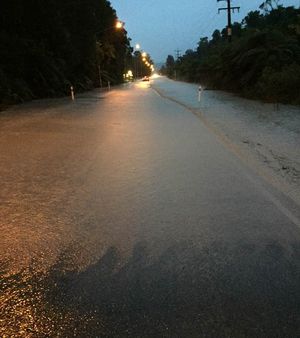 Flooding on a road near Franz Josef today Photo: NZTA

Mr Gordon said locals had known such a flood was likely.

"It's something that everybody's well aware of, it probably was just a matter of when and how much rainwater it would take to do it."

In recent weeks, he said, the council had been doing work on the river bank but had not reached the area where the breach occurred.

Ensuring the welfare of the town's guests was key, he said.

Authorities said 186 people were evacuated at different stages as the river first made its way to the hotel and then moved towards the Top Ten Holiday Park and the Westwood Lodge.

Westland Civil Defence public information manager Andy Thompson told Morning Report it was not a normal flooding, with the river potentially creating a new channel through the area.

Some cars in the hotel car park had been submerged and there was water flowing through the hotel and grounds, he said.

Water supply for the area had been damaged as well, and was cut off to some areas.

Mr Thompson said the Red Cross was sending a welfare truck, and the area would be assessed at first light.

Heavy rain has also caused flooding in the Tasman District.

Nelson Tasman Civil Defence said emergency services had helped some households to evacuate flooded homes near the Riwaka River, which burst its banks around dawn.

Duty officer Roger Ball said more than a dozen Riwaka properties were thought to be flooded but the extent of the damage was not yet known. 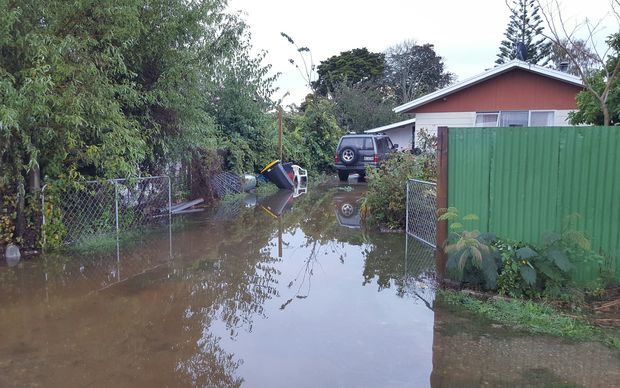 He said there had been between 250 and 350mm of rain over the hills during a short period of time.

Our reporter in the district said flood waters were up to doorways but there was no indication of where it was coming from.

Residents in the area were seen this morning leaving homes with bags packed.

There have also been reports of slips causing damage to property in Mārahau near the start of the Abel Tasman National Park track. 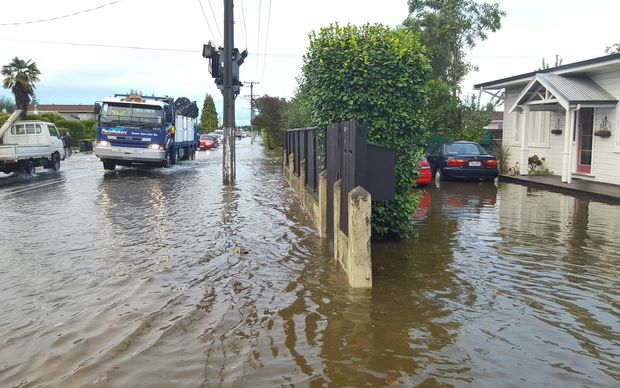 Mr Ball said there was water across properties and roads in the area.

Jocelyn Hendry, who runs the Abel Tasman Mārahau Lodge about 19km north of Motueka, said the lodge was fully booked, and some guests were unable to leave while others were stranded on the other side of the slip on State Highway 60.

She said last night's storm had brought flood waters within centimetres of entering guest accommodation, but the weather had turned sunny and calm and tourists were making the best of it with water taxis. 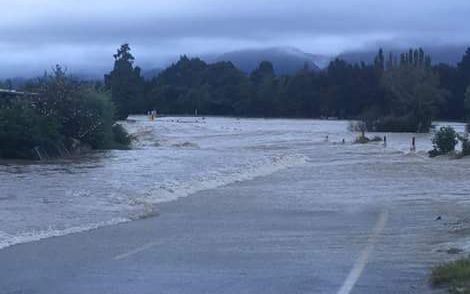 Flooding near Takaka in the Tasman District. Photo: SUPPLIED/Brendon Page

The flooding also caused the closure of State Highway 60 at Riwaka, and between Upper Takaka and Collingwood. 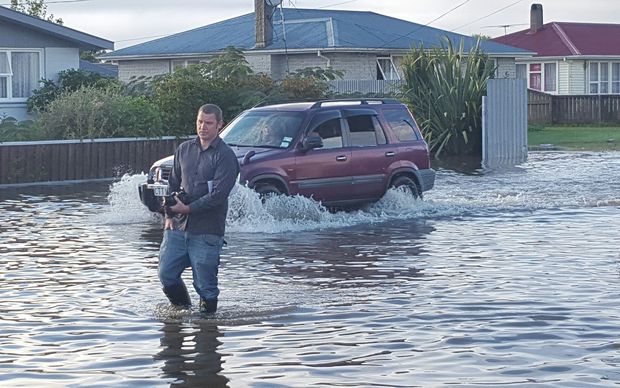 The Nelson City Council said contractors were visiting the sites and monitoring the systems.

The public was advised not to swim at Tahunanui Beach, Waimea Estuary and Nelson Haven until Sunday morning.

Shellfish should also not be collected from those places.

Further north, about 1500 homes and businesses were still without power around Auckland because of stormy weather.

The biggest affected areas have been around Warkworth in the north, Waiheke Island and the eastern bays of the North Shore.

As many as 18,000 people in Auckland and 6000 more people in Northland were without power at the peak of the problem.

The Fire Service said it had attended more than 130 emergency incidents around the Auckland region since bad weather hit early this morning.

That included clearing trees from roads or power lines, dealing with arcing power lines and helping to secure roofs that were lifting.

It was likely to take five hours to clear a large tree that came down on McEntee Road in west Auckland, taking power lines with it, a spokesperson said.

One arcing power line sparked a house fire in Wallath Road, Onehunga, but it had been extinguished when they got there. There had been no reports of injury.

WeatherWatch analyst Philip Duncan said the overnight gales were not being caused by a storm.

"It's one of those rare cases where the winds can be blamed on a very large high pressure system east of the country, rather than a storm or low moving in".

See which areas are affected here.

Traffic remains heavy across Auckland, after bad weather overnight and this morning.

Strong gusts of wind and lightning in the far north also left parts of the region without power last night. Top Energy reported power outages and faults in the line between Towai and Kaitaia.

The company said on its message line last night that it was working to get lines back up and running. It warned the majority of the outages would not be fixed until this morning.