New Zealanders can expect more above-average temperatures for the next three months as the country moves from winter into spring. 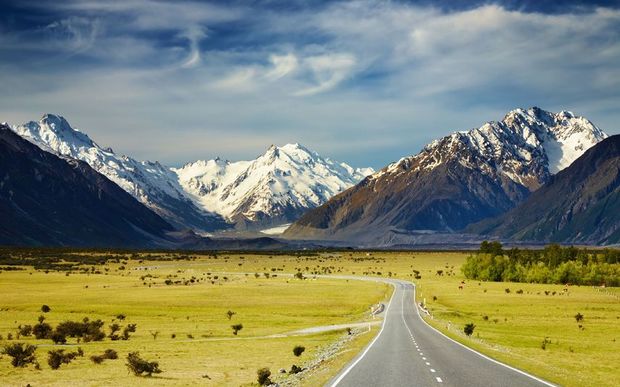 The warmer than usual temperatures are here to stay through August to October, although there would be cold snaps and frost, NIWA predicted.

The forecast will be welcome news to those dreading another month of winter, but Canterbury farmers will be worried.

In its latest Seasonal Climate Outlook the National Institute of Water and Atmospheric Research (NIWA) said the very dry conditions in Canterbury, which has been in the grip of the longest official drought ever, would continue.

Its principal forecasting scientist Chris Brandolino said rain was expected to be either normal or below normal in Canterbury, but it would not be enough to return soil moisture to normal.

"It will be very dry in northern and eastern Canterbury. Even with normal rainfall the soil moistures are expected to remain below average. Hopefully we get some rain down there, but it doesn't look likely, at least more than usual.

"Because of so many months of dryness you're going to need sustained or consecutive periods of rainfall to get things back up to where they should be, so perhaps an early start to the irrigation season in that area... that's a distinct possibility."

Rainfall would be normal or below normal, with equal chances for either outcome for the Eastern part of the South Island, said Mr Brandolino.

"Areas north of Canterbury, roughly Christchurch northbound are particularly dry and they could use the rain.

On the east coast of the South Island there will be above average temperatures, including in the Nelson-Marlborough district.

"On the West Coast of North Island, there's a 65 percent chance for above average temperatures again, cold snaps are possible and as far as rainfall goes, as it's closer to the warmer Tasman Sea, about an equal chance of normal or above normal rainfall.

"The east coast of the North Island, it's likely temperatures will be above average and the most likely outcome for rainfall is normal."

Mr Brandolino said there was an equal chance of rain for the north of the North Island.

New Zealand's climate was being driven by the exceptionally warm waters surrounding New Zealand, he said.

"They are responsible for the higher temperatures and those will continue to remain warm.

"There is a 50 percent chance that La Nina, the opposite of El Nino, could develop over the coming months, and its impact is still up in the air, but even if it were to occur La Nina expected to be short-lived and weak.