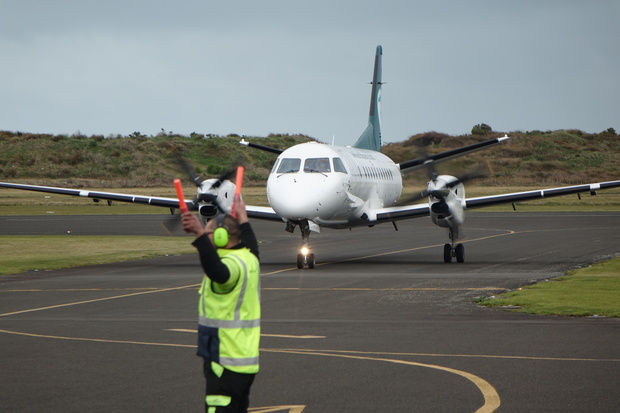 Air Chathams began flying into Whanganui from Auckland today, replicating the schedule of Air New Zealand which announced it was pulling out of flying to and from the city in May.

Ms Main said having no direct flight to Auckland was unthinkable for Whanganui and threatened the viability of the airport.

She said a reliable link to Auckland was vital for people investing in the city and if it had been lost it would have caused huge damage to Whanganui's reputation.

Air Chathams is flying a Saab 340a with a capacity of 32 passengers into Whanganui three times a day during the week and twice a day at the weekends. Fares begin at $59 one way.