The Law Society is throwing its weight behind a bid to allow people who spent time in jail decades ago to have their convictions buried.

An Auckland man got the ball rolling earlier this year, presenting a petition to Parliament urging it to change the law.

Eric Knight wants the criminal records of people who spent less than a year in jail at least 20 years ago concealed.

In the mid-'80s, as a teenager, he spent nine months in jail on burglary charges.

He said he was "young and stupid" and has not broken the law since.

Yet for the past six years, after he had to leave his job working for a spa pool company because of an injured thumb, he has been unemployed. 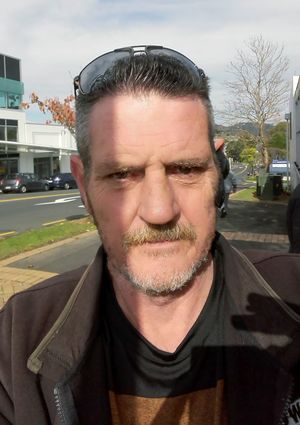 Eric Knight wants the criminal records of people who spent less than a year in jail at least 20 years ago concealed. Photo: Supplied

"I'm trying my best to find a job but I can't because the law is hanging over my head saying I'm a criminal and people can't employ me," he said.

Mr Knight has even applied to volunteer for the Salvation Army because he feels it necessary to try to help young people - for his own sake as well as theirs.

"They do a police check and it comes back that I have a criminal record and they say 'no, sorry you don't qualify'," he said.

"If I can't even do voluntary work, what work can I do?"

The current law, known as the Clean Slate Act, allows for people's convictions to be suppressed after seven years, but only if the offence was not serious and there was no jail time.

Mr Knight's petition is before a select committee, and the Law Society is now backing it, though in its submission it said reform should go even further.

A member of the society, Steve Bonnar, described the law as a "blunt instrument".

"Young people may make silly decisions and if they end up receiving even a short term of imprisonment, that lingers over their heads for the rest of their lives," he said.

"We think there's some scope to look at that."

Mr Bonnar points to the United Kingdom, which in 2014 amended its law to allow for someone who spent less than six months in jail to have their criminal record concealed after only two years.

Mr Bonnar made it clear reform would have to take into account serious offending such as of a sexual or violent nature.

"Relative to other countries such as Australia and the UK, New Zealand appears to be on the more conservative end of the scale," she said.

"Other jurisdictions either include custodial sentences or allow a case-by-case provision to be included."

Meanwhile, Mr Knight, whose petition attracted 156 signatures, is frustrated and a few times has had to bring himself back from the brink with the help of his family.

"Since I started my petition in October I've had times when I've wanted to give up on it," he said.

"I've thought about leaving my wife and kids and going back to a life of crime because I was getting turned down at every possible door that I knocked on.

"To me, I'm like no, I'm not going to do that and give the law-makers the pleasure of saying 'I told you so' - I'm proving them wrong by staying out of trouble," said Mr Knight.

But he might have to wait a while yet as there is no deadline for the select committee to make a decision on his petition.