United Future leader Peter Dunne is calling for a review of the Clean Slate Act, saying too many people are being burdened with decades-old convictions for minor offences. 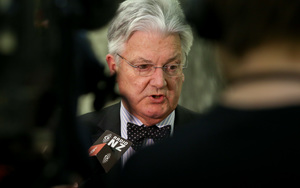 Under the Clean Slate legislation, a person convicted of certain minor offences, who was not imprisoned and who has not reoffended for at least seven years does not have to disclose their record to an employer in New Zealand.

Mr Dunne said the legislation was passed in 2004 and was intended to give people a second chance by effectively wiping some minor convictions from their records.

But he said the law should be extended as current practice was stopping people from getting on with their lives.

"People with a drink-drive conviction that involved some form of suspension of driving licence, no matter how brief, never have their convictions removed.

"The problem is we're talking now about cases that could be 30 or 40 years old which are still adversely affecting people's ability to get jobs, and I don't think that was the intent of the original legislation."

Ms Adams said she was more than willing to discuss Mr Dunne's concerns with him and to take another look at whether the balance was right.

"Whenever you're drawing that line there's always that risk of there being cases just either side that feel a bit uncomfortable, now Peter obviously thinks it's more significant than that.

"I'm assuming he's going to say to me that things have changed since 2004, we can certainly have that conversation and if a good case is made then we'll have a look at it, but it's a bit early to get ahead of where that might end up," Ms Adams said.

Chief executive of BusinessNZ, Kirk Hope said while the organisation supported a review of the Clean Slate Act it was vital relevant offences were disclosed to employers.

"For example, they don't want to employ someone as a chief cashier if they've been convicted for fraud - so it's really about a balance between the right of people to get on with their lives and the trust and confidence you need in an employer/employee relationship," Mr Hope said.

The Ministry doesn't know exactly how many New Zealanders are able to conceal convictions under the Act.

But it said between November 2004 when the Act was introduced and November last year, 220,000 New Zealanders applied to the Ministry for a criminal history check and were eligible to have their convictions concealed.