After five years in the making, the blueprint for the future shape of Auckland will be revealed today. 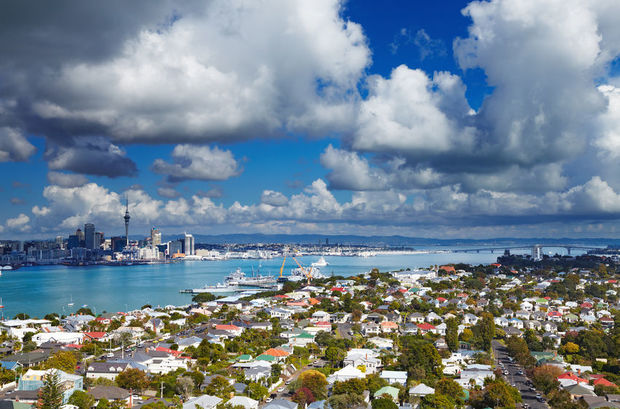 The Unitary Plan proposed by the Auckland Council in 2013 has been re-drawn by a government appointed independent hearings panel, and their work will be presented to councillors this morning, prior to an afternoon release.

The council must vote next month on whether to accept the plan, which includes significant intensification of housing in parts of the city.

It's the rulebook for Auckland's future development, and replaces dozens of old plans and strategies covering everything from environmental and heritage protection, to - contentiously - where higher density housing and urban sprawl will be allowed. It's the biggest single planning change in Auckland's history.

An Independent Hearings Panel has listened to 249 days of submissions after which it re-wrote the plan proposed to it in 2013 by the council. It was presented to council management last Friday, and after days of analysis by planners, will be explained to councillors today, then released publicly. 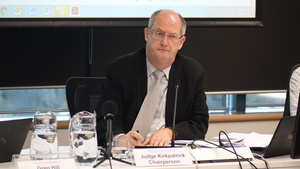 Judge David Kirkpatrick, was the chair of the Independent Hearings Panel which considered the Unitary Plan. Photo: RNZ / Todd Niall

No. The panel "recommends" the plan to the council and the politicians must consider it in meetings spanning up to seven days starting on 10 August. Under a timeline set by the government, it must finalise the plan within 20 working days, which is 19 August.

4. Can the council make changes to it?

In theory, yes. In practice, making significant or contentious change will be difficult. On any topic the council can make changes only within the range of ideas considered by the panel. It must propose, research and justify an alternative. If it makes a change, anyone who submitted on that topic can appeal it to the Environment Court, delaying the introduction of that measure.

5. Is all of that possible within 20 working days?

Good question. The council can ask the Minister for the Environment, Nick Smith, for one one-month extension of time - but the Minister doesn't have to grant it. The government has made it clear it wants the council to get cracking implementing the plan, which it hopes will encourage faster development of housing.

6. So is this just a rubber-stamp exercise?

7. Will there be political chicanery?

Let me answer it this way: The councillors seek re-election in 10 weeks time. Housing intensification has sparked some of the most heated public meetings of the past few years. Councillors in February revolted against staff recommendations and voted down some late increases to proposed density. (Or they thought they had voted it down, but the proposals lived on in the panel).

Particularly if higher density than previously proposed looks likely in some areas, this will be the councillors' big chance to make political capital out of their opposition to - or support for - contentious change. A political "Last Night at the Proms"?

Housing intensification has sparked some of the most heated public meetings of the past few years. Photo: RNZ / Cole Eastham-Farrelly

8. What chicanery should I look out for?

Councillors on Thursday 28 July will debate a move by several of their number, to shift the Plan consideration away from the Auckland Development Committee, and before the council's Governing Body. In reality this makes no difference, but would exclude from the debate, two members of the Independent Māori Statutory Board (IMSB) who have voting rights on the committee, but not on the Governing Body.

The IMSB would be expected to react strongly if that occurred, as it's legislated role is to sit on committees dealing with the city's natural and physical resources. If it was removed from the process, legal action could be an option, threatening the timely implementation of the Unitary Plan, and upsetting the government.

9. Why is the Government so keen to get this plan in place, and on time?

The government has long blamed Auckland's housing shortage and the rising prices, largely on what it calls past restrictive planning policies in the region. Not everyone agrees, but that's another story. It hopes that a new plan, locking in higher density housing in the urban area, and providing certainty about where future sprawl can occur, will accelerate home construction.

Some developers hope more higher density zones, such as the three-storeyed Mixed Housing Urban zone, will allow smaller, more affordable homes to be built in established communities with good transport. But the Plan is just a plan. A host of other political, fiscal, social and commercial factors will ultimately decide when, where, and what kind of homes will be built.

At www.aucklandcouncil.govt.nz/unitaryplan from 1.30pm or later.