A man named by the country's top police officer as being responsible for a historical murder will not be taking the matter further, his lawyer says.

Two weeks ago, Police Commissioner Mike Bush said the police recognised that Teina Pora was innocent of the 1992 rape and murder of Susan Burdett. 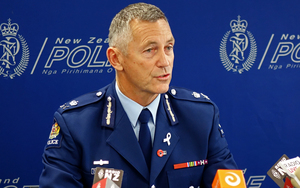 Mr Pora has been awarded $2.5 million for the 21 years he spent in prison after being wrongly convicted.

Rewa's lawyer, Nigel Cooke, said the comments were outrageous and he would be talking to Rewa about what the long-term prisoner wanted to do.

Today, he told RNZ that Rewa had decided to do nothing about the comments.

Rewa was found guilty of raping Ms Burdett, but two High Court juries could not decide if he murdered her and the Solicitor-General stayed proceedings.