The study, Unconscious Bias and Education, has found the unconscious bias of teachers is affecting the performance of Māori students.

Researchers reviewed existing research to compare the effect low expectations have on Māori and African-American students.

Geneveine Wilson of Ngāti Porou and Te Aitanga-a-Māhaki did well at school and is now the co-president of Victoria University's Maori Student Association, Ngāi Tauira. 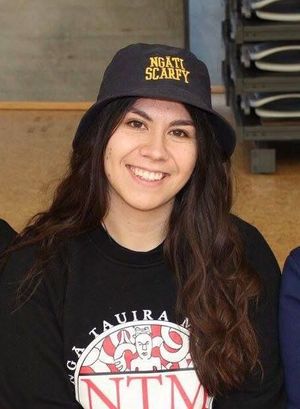 She grew up and went to school in Gisborne and said teachers focused on a few high achieving Māori students leaving the others behind.

"The students that didn't get that extra attention, well, we always see a drop off at NCEA level 1.

"Once the system stops caring, they stop caring about education. So you lose a buy-in of students and you don't have the system to support them and they leave school and go on to other ventures."

She said most of the Māori students she knows at university are from Kura Kaupapa or Māori boarding schools - which speaks for itself.

"They're quite different entirely because they have been taught that it's great to be Māori and it's great to succeed and this is what success in education looks like.

"They have had positive role modeling. Bias wouldn't exist in an environment where being Māori is the most important."

Once teachers know bias exists it is easier to put systems in place to help correct it, Ms Wilson said.

"Acknowledging your own biases is always really good exercise ... it's about bringing it to the forefront."

Ms Wilson said there is also anecdotal experiences of people receiving different treatment depending on who you hang out with, for example if you are Māori hanging out with Pakeha you are more likely to receive better access to resources.

Post Primary Teachers Association president Angela Roberts wants to see a return to the Kotahitanga programme for teachers which ended in 2013.

"It provided professional development and an opportunity for teachers to collaborate, watch each other teach, challenge each other and it really helped us be quite frank and honest and shift the way we responded to our Māori students - it was dropped, because it was expensive."

Ms Roberts said the programme that replaced Kotahitanga was not as good.

Its national president, Louise Green, said teachers never go into a classroom with the intention for students to fail.

But she said there is a need for facilitators and programmes to address unconscious bias.

NZEI Matua Takawaenga Laures Park said it would help to have some quality and professional development when people could have their unconscious bias exposed in a nurturing and supportive way.

"Unconscious bias is the result of systemic issues arising from colonisation and structural racism, not simply individuals' 'fault', so blaming teachers alone for Māori underachievement is neither fair nor helpful."

Ms Park said everyone has an element of unconscious bias towards or against different ethnic or cultural groups.

"What we need is a professional learning environment that supports both teachers and students to challenge their own biases and work towards a more just society for all, and Māori in particular."

In a statement, the Ministry of Education said its education strategy to realise Māori potential, Ka Hikitia, was seeing a shift in the participation and achievement rates of Māori students

As of March 2016, Building on Success involved 104 schools/sites and up to 25,479 Māori learners across its two providers, it said.

One of those, Kia Eke Panuku, which it said is a consortium comprising the University of Waikato, the University of Auckland and Te Whare Wānanga o Awanuiārangi, the providers of Te Kotahitanga, Starpath, the Secondary Literacy Project and He Kākano respectively.