Unconscious bias from teachers is affecting the performance of Māori students, a new study has found. 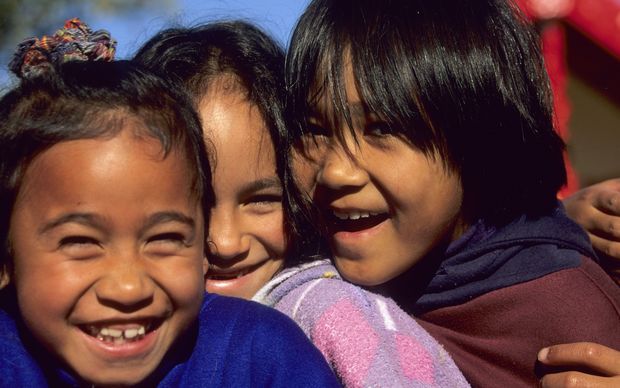 The Unconscious Bias and Education report, released today, compared the effect low expectations had on Māori students here and African-American students in the United States. The report is a review of existing research.

"Definitely socio-economic factors - and I mean that's patently obvious that children who live in poorer areas do less well in the education system.

"But even controlling for that there is still a very, very significant gap. We argue that that is about the unconscious bias at play between teachers and students."

He said people pointed to the blatant racism in the US as a way of claiming racism did not exist in New Zealand.

But it was something that was happening here on a "systematic level" and so was harder to detect.

"We've had a lot of race relations discussion, a lot of bicultural discussion over the last 30 years so I think people know not to articulate their biases publicly, but under the surface the biases are still there."

The report also found that cultural awareness training and high-level strategies alone were not enough to combat it.

The solution lay in raising teachers' awareness of their own bias through professional development, Mr Blank said.

The report's co-author, Auckland University senior lecturer Carla Houkamau, said the report was not about attacking teachers, but rather working with them for better results for Māori students.

Dr Houkamau said everyone has an underlying bias.

"The thing is with implicit bias is people don't know that they've got it, so when you talk to people about it it can be really quite difficult, it can be quite confronting."

She believed changes could be made now to improve Māori student achievement, but more research measuring inherent bias was needed.

Teachers tended to be warmer, offer more in-depth feedback, and take more time to explain things to students they expected to do well, Dr Houkamau said.

"So if you've got a group that you implicitly don't expect to succeed you're not going to be giving them that challenging information," she said. "Also when teachers think their students are going to do well they're more likely to interact with them more frequently because they think that the students are really worth the effort."

While there were still significant challenges for Māori students she didn't believe it was as bad as the latest report suggested.

"I think we've moved on a long way from the 90s, we're not there yet, but we've made great improvement to how we engage with our Māori students and I think that the New Zealand evidence actually bares that out."

Ms Roberts said the Te Kotahitanga research and professional development programme was a big help but was stopped because it was expensive.

"It provided professional development and an opportunity for teachers to collaborate, watch each other teach, challenge each other and shift the way we responded to our Māori students."

Cabinet set the guidelines for teacher professional development without consulting teachers and had settled on the areas of science, maths, literacy; digital literacy; and health and wellbeing, she said.