A Maori language advocate is upset mainstream primary schools wanting extra help to teach basic Māori language have to fund it out of their general budget.

Any school teaching Māori language for fewer than three hours a week is not eligible for extra money but those teaching Mandarin or other Asian languages can apply for more help. 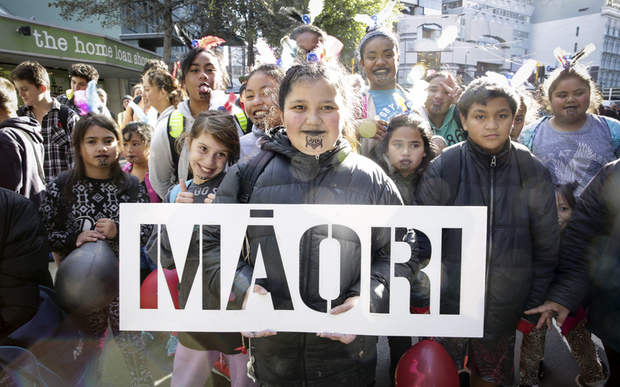 The Ministry of Education said it funded Māori language through general grants to schools. It did offer more money if schools were providing more than three hours a week of teaching.

But Māori language advocate Raewyn Harrison, who set up Te Reo Tuatahi to assist mainstream primary schools to teach basic Māori by providing fluent speakers to assist in lessons, is not satisfied.

Ms Harrison said Te Reo Tuatahi had been offered on the North Shore, Auckland for two years and there had been a great response, with 40 schools and over 10,000 students enrolled in the lessons. But the extra lessons were paid for out of the schools' operational budget, which paid for general expenses such as buildings and equipment.

Because Te Reo Tuatahi programme was only for 30 minutes every week it was not eligible for extra funding.

Mainstream schools wanting extra help to teach basic Māori language can get extra funding out of the Māori language programme, as long as they comply with the three hour rule.

However Ms Harrison said: "If I go in and teach te reo the school has to pay me out of the operational grant. They get no extra funding for me going in to teach te reo Māori. On the other hand, if they have a Mandarin language teacher go into that same school they can apply for extra funding from the ministry to cover the cost of that language assistant.

"In other words they are getting a free resource by having a Mandarin language assistant there. With us it's costing them.

"We're just not on an equal playing field. It always comes down to the budget and what they (schools) can afford. For some schools it's quite a tough decision - do I get Te Reo Tuatahi in our schools for a year or do I buy more reading resources for year five? It comes down to those kinds of decisions.

"They get pressure from the ministry to be seen to be increasing the participation and achievement by Māori students. When ERO (Education Review Office) goes into schools, within the first half hour they are asking, 'what are you doing for your Māori students?'"

The Ministry of Education said it had told Ms Harrison if her programme taught Maori for three hours a week, rather than 30 minutes, it would be eligible for funding.

It said there was an expectation that all schools teach Māori as part of the curriculum but it did not collect information on the types of te reo programmes that schools teach.

"Te reo is part of who we are and we don't separate it out as simply a language we fund," said ministry spokeswoman Lisa Rodgers.

But figures from the Māori Language Commission show over half of New Zealand schools do not offer any Māori language education.

Meanwhile, the government allocated $10 million over five years to support the teaching of Asian languages in schools, starting in 2014. The government also has an agreement through the New Zealand-China Free Trade Agreement to part-fund 12 Mandarin language assistants to work in schools.

Ms Harrison said the ministry should still offer extra funding for schools to teach Māori on top of the general funding included in school budgets.

"Our argument is, they have a trade agreement but we have a treaty. What is the ministry doing for te reo Māori in schools? I don't think it's a reasonable excuse to be saying that comes out of the operational grant," Ms Harrison said.

Laures Park of the New Zealand Education Institute said teachers who were not confident in Māori often needed extra help to teach it.

"There's this whole idea of promoting Māori, normalising it. But for most of the kaiako (teachers) they don't have te reo Māori, they're fearful of it, they haven't had an opportunity to learn any. While they're at training college there's very limited time to learn a language, to even get past square one," she said.

Ms Harrison said the response to the Te Reo Tuatahi programme from schools on the North Shore was encouraging.

"I have had parents come up to me and say they are very happy to see te reo in the school. A lot of principals have had feedback along those lines. It's extremely heartening."

In some schools there are up to 20 different ethnicities in a classroom, she said.

"Some of the children can already speak two, perhaps three languages. What teaching Māori language and culture does it unites them all. They're on a common ground, they're learning something that is unique to our country.

"The other thing it does is it empowers the Māori children in that classroom, because they're seeing their language and their culture go into their school and their mates enjoying the learning of their language."