New Children's Commissioner Andrew Becroft wants to see 17-year-old offenders dealt with in the youth courts, rather than as adults. 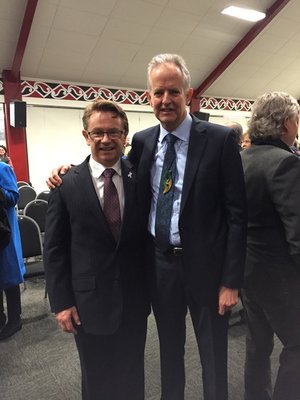 Mr Becroft, who was Principal Youth Court Judge before taking up his appointment this month, told TV3's programme The Hui this morning it would be one of his goals in office.

"This a system-breaking opportunity - this an opportunity to make a real lasting difference.

"There is a proposal going to Cabinet very shortly. It will need to be worked through and refined, but actually it's not too difficult, it's within our grasp."

Mr Becroft said New Zealand was out of step with the world on the cut-off point for adult offending, with Māori youth particularly affected because they are over-represented in the justice system.

The proposal was for young people as old as 19 to be dealt with by the Youth Court, rather than adult courts.

It would be one of several recommendations being considered by Cabinet as part of a review of how children and young people are dealt with by government agencies.

The proposal for raising the age followed a report into how the country's child welfare system should be reformed.

That report, released in April, also included a recommendation to lift the age of criminal responsibility from 10 to 12.

It said crimes committed by 10-year-olds and 11-year-olds were best dealt with through the care and protection system.

The government has already agreed to many of the recommendations from the report, including raising the age of state care to 18.