The head of the Education Ministry has suggested sentencing young offenders to completing level 2 of the NCEA. 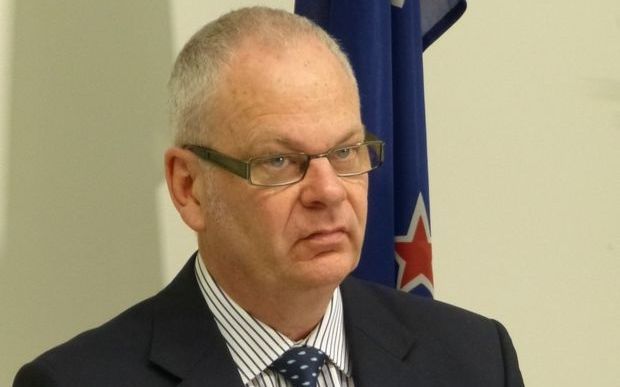 Though he later retracted his use of the term "sentencing", Peter Hughes today told the Education and Science Select Committee the qualification was a silver bullet for preparing teenagers for work or further study.

His comments have been welcomed by the principal Youth Court judge Andrew Becroft who said education was perhaps the most important factor in getting young offenders back on track.

Peter Hughes told the committee the ministry is working toward the government's goal of 85 percent of 18-year-olds having NCEA level 2 by 2017.

He said as part of that work the ministry was trying to help more children who were not in school to get NCEA level 2, and that included those who appeared in the Youth Court.

"We're looking at whether or not as part of the sentencing that happens in that court, those kids can be sentenced if you like to NCEA level 2 achievement," he told the committee.

Peter Hughes later said his description of "sentencing" teens to NCEA was inappropriate.

But he said setting the goal of NCEA level 2 was definitely in the best interests of troubled young people.

"That is probably the best thing that we can do for many of those kids to give them a decent start in life and a better future."

She said it was their job to try and include education in plans to get young offenders back on track and they were having a positive impact.

"So far we've seen a direct correlation between doing that and reoffending rates reducing. What we're focusing on now is taking that a step further to get those kids not just not reoffending, but also achieving qualifications," said Katrina Casey.

Ms Casey said the ministry was considering how it could expand the service to cover more courts.

The Principal Youth Court Judge Andrew Becroft said more education officers would be welcome because their work was crucial and until recently education had not been part of the multi-agency approach to youth justice.

He said the court cannot sentence young people to complete a qualification, but it can include education goals in the plans set in family group conferences.

"It would even be possible for the conference to come up with a long-term plan, whereby if there was satisfactory progress, community work could be reduced, commuted in some cases," said Judge Becroft.

He said including education in young offenders' rehabilitation would make a big difference.

"There's no magic bullet, but if there was it would be to get every young person meaningfully and actively participating in education or vocational training. It's the one thing that I think as a community we should be aiming at above all else. So to be honest, to hear this sort of discussion is music to the ears of all those involved in the coal face of youth offending."