A big earthquake that could leave Wellington's CBD without power for 95 days and rising sea levels have been identified as two major threats to the capital. 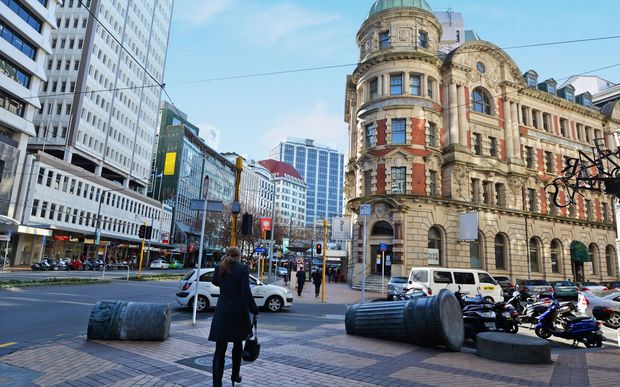 A Wellington City Council report has named four significant challenges for the city, which also include a blow to quality of life and an economic downturn.

A major quake was named as the number one threat to the city, after council staff and utility providers were consulted on the city's biggest weaknesses.

"Earthquake is undeniably the most profound shock that Wellington faced in the past and will face again in the future. It clearly overshadows all other shocks," the report said.

There was no recovery plan for a major quake, it said, although it could cost about $12 billion in building and infrastructure damage.

The report said it could take 95 days for power, 75 days for waste disposal and 120 days for road access to be restored.

"Current restoration for key infrastructure are likely to force businesses to relocate, most likely to outside the region," it said.

"Of course, we could simply choose to do nothing, to accept the risk of earthquake and to live with it. However, the moral implications of doing nothing are quickly outweighed by the advantage of doing something."

The report said post-quake fires also posed a risk, with no modelling being done. "This is an issue that will be compounded by lack of water."

Coastal flooding could also be a major shock, it said, with coastal erosion caused by sea level rise a big concern for workshop participants.

"While much of Wellington is already constructed for dealing with strong winds, the effects of a changing climate may change the nature of wind," it said.

"We do not yet understand what that means for the city and its infrastructure, although resilience to wind has a strong correlation with resilience to earthquake."

The preliminary resilience assessment report is part of the city's membership of a Rockefeller Foundation programme, aimed at creating a resilience strategy.

The preliminary report will be discussed at a council meeting tomorrow. It will be followed by a draft resilience strategy which will be presented to the council in September.