Hundreds of people have spent the night in their cars in a South Auckland carpark to protest against homelessness.

Entire families joined the Park Up for Homes event in Ōtara's town centre on Saturday night, organised by members of the community and staff at Manukau Institute of Technology (MIT).

About 200 carloads of people showed up in the cold and rain, with many saying they hoped the demonstration would raise public awareness and encourage the government to do something about homelessness.

Another Park Up for Homes also took place in Wellington, opposite Parliament, with about 200 people taking part.

The protests followed a similar event in Mangere a week ago.

Student Deana Lao, 20, said she has had to sleep in her car before. 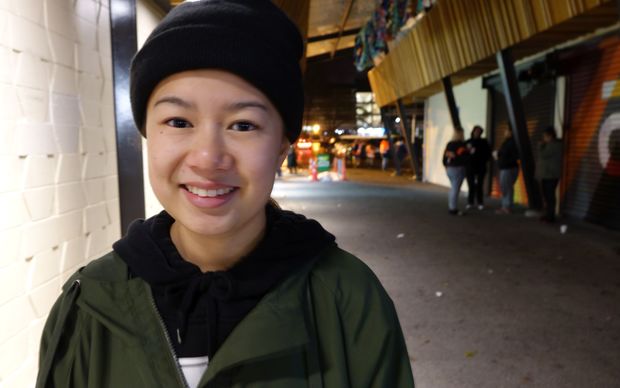 In the past Deana Lao, 20, has had to sleep in her car because of overcrowding in her home. Photo: RNZ / Mani Dunlop

She said it was not a nice or safe experience and no one should have to do it.

"I know how it feels, it's not a nice place to sleep in, it's uncomfortable, you get sick, it's quite a scary thing. There are people on the streets looking for trouble, so when you sleep in the car theft is a risk. It's dangerous."

She said she started parking up at Totara Park because she thought there was a lower risk of people passing by the car.

"I would try go to rich areas, because they were safer."

Ms Lao said she felt she had to share her experience to show anyone can go through it.

One of the organisers, Cat Ruka, said the community response had been amazing, and she hoped the event would encourage the conversation about affordable housing to continue.

Ms Ruka is the performing arts coordinator at MIT, and she said her involvement came about when her and her students started to explore the role of artists coming out of the theatre and into the community.

She said the Park Up for Homes was a perfect fit to that kaupapa so along with other community members and groups, including Child Poverty Action Group, they put the event together.

"Personally the event is about what we can do for the homeless, as well as bringing awareness to those who aren't homeless, who won't come across it day to day, elevating consciousness and opening our eyes." 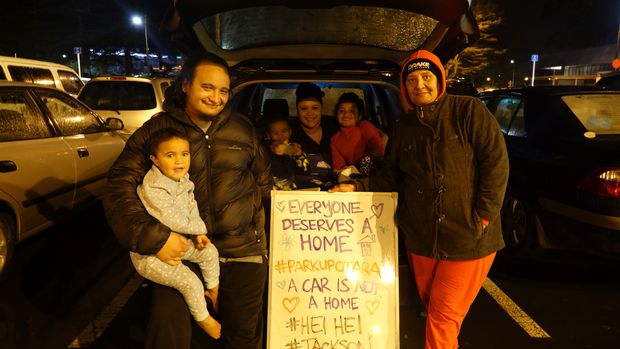 Marcy Heihei, her partner, and their three children aged 7, 6 and 2 years old, live up the road from the carpark and say they wanted to tautoko (support) the kaupapa to help raise awareness.

Ms Heihei said there are an increasing number of families becoming homeless within their community.

"It's becoming an epidemic, with rent prices going up in South Auckland a lot of our families are unable to afford homes, they are forced to live in their cars, forced to live on the streets, and we are here to help protest in peace against that and bring about awareness about these families."

She said people were turning their heads away from the issue.

"It's really affecting our children, that's why we brought our children here to show them that there are children who have no choice and have to live this way. I work at the hospital, I see children coming through who have gotten sick because of the struggles of being homeless." 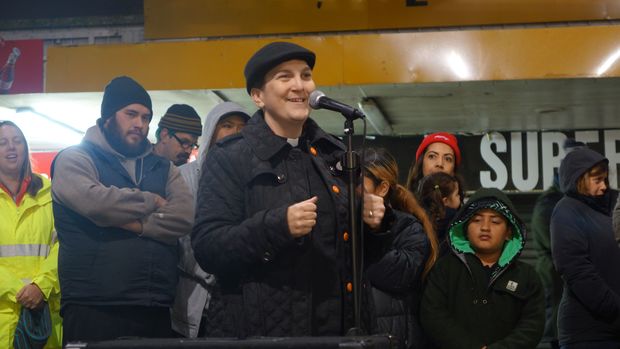 Reverend Emily Worman from the Church in Progress, was part of the team that started the Park Up Mangere.

She said the events provided a much needed platform.

"I think people don't feel listened to at the moment by the government, this is an opportunity where they feel they can be listened too and voice their concerns about homelessness."