Hundreds of people slept in their cars at Mangere Town Centre overnight to protest against conditions which have led to widespread homelessness. 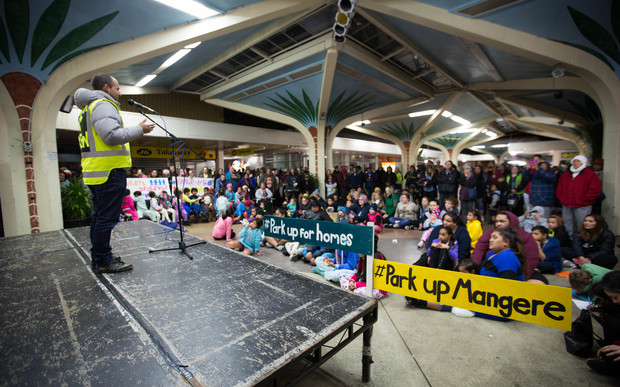 Organiser Justin Latif speaks to people who have come to the event at Mangere Town Centre. Photo: RNZ / Claire Eastham-Farrelly

The community-led "Park up for homes" was organised to draw attention to the homeless issue in Auckland.

Organisers said they were thrilled with the turnout, which included many families with young children.

Similar events were planned for Otara and Wellington next week. 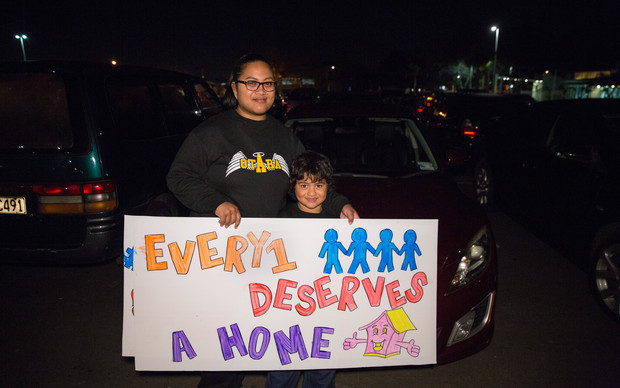 Lea Togia and her son join in at Park up for homes in Mangere. Photo: RNZ / Claire Eastham-Farrelly