Paving the roads in the country's largest road tunnels is nearing completion with work on Auckland's Waterview Connection on track to finish next year. 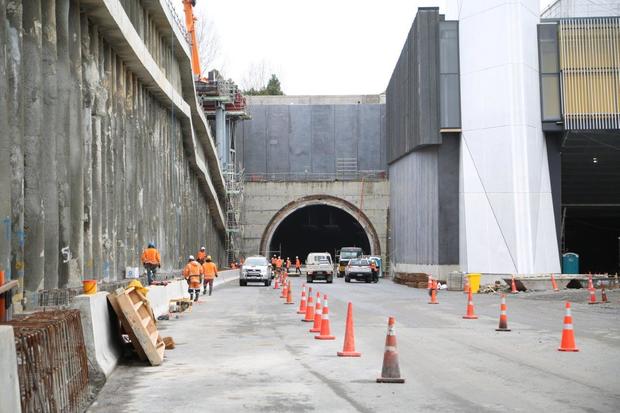 The $1.4 billion project, which has been ongoing since 2012, is being hailed as the largest and most ambitious roading project in the country.

Half of the new motorway, which links Auckland's south-western and north-western motorways, is underground.

Once complete, each tunnel will have three 80km/h lanes with each being able to carry around 2400 vehicles an hour.

Transport Agency highway manager Brett Gliddon said things had gone well so far and while there was still a lot of work to do things were on track.

"Everything's gone really well to date so everything's just running really well at the moment. No major issues at all with the project. But as you can see [there's] still quite a bit of work to do so still got at least 10 or so months worth of work to go." 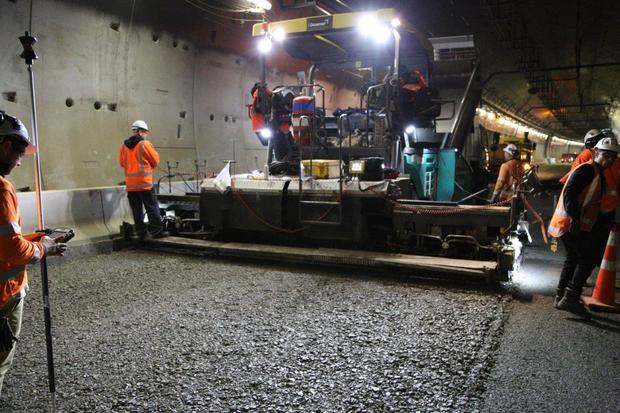 Asphalt has already been laid on half of one tunnel, said David Taylor. Photo: RNZ / Tom Furley

Currently in the 'fit-out' phase, the project's mechanical and electrical construction manager, David Taylor, said around 80 percent of the electrical and mechanical fitting work had been completed.

"We're really targeting fit out complete by the end of August which gives a big chunk of time to test the systems.

He said asphalt had already been laid on half of one tunnel which was due to be finished in the next couple of weeks. Both tunnels would be paved by the end of August with the final 20mm layer of asphalt, which drivers will see being laid, in the final stages of the project to prevent damage.

He said the tunnel walls were being painted with an around 140,000 square metres of paint being applied. Black on the roof, white for the walls.

CCTV cameras were being installed with systems to identify things like stopped cars and fires. 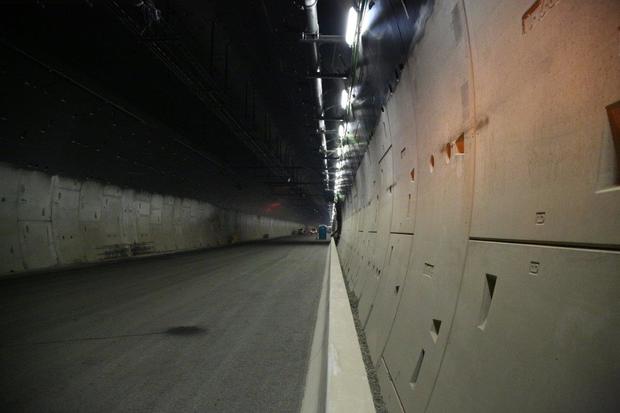 It is expected to open to traffic in January or February next year. Photo: RNZ / Tom Furley

In the tunnels are 16 cross passages which will allow access between the two and house electrical systems and water valves.

When finished the tunnels will have five water tanks which will be able to deliver 10mm of water a minute the full length of the tunnel.

Construction on the Great North Road interchange which meets the tunnel had 277 concrete beams installed to support the four interchange cramps with further road pavement and barrier work to do.

David Taylor said construction would be complete by the end of this year with the NZTA then picking a date in January or February to open it to traffic.