OPINION: Kaloo, kalay! The Joint Working Group on Pay Equity has recommended some guidelines that may just inch the country's women toward pay parity with our men. 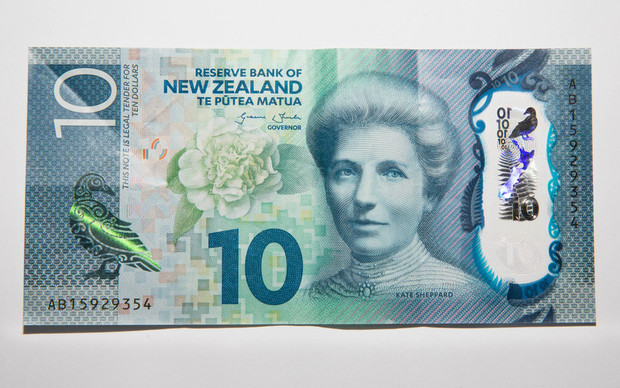 Inching may be the operative word, but it's a start; a start that sees the Council of Trade Unions (CTU), employers and the government all accept that a) stubborn pay disparity exists between the genders and b) 'something' needs to be done about it.

First, a hearty slap on the back to Kristine Bartlett of Lower Hutt, whose dogged determination to fight for better wages for her and her mainly female rest-home colleagues is what's brought us to this potentially game-changing point.

The government has been forced to the table because courts are increasingly being used to decide matters formerly enshrined in fair, comprehensive employment law.

Predominantly female workforces across the country, denied legislation that ensures pay parity, have thousands of individual cases waiting to be heard. Seeing what is ahead and deciding to try and avoid costly and lengthy court cases, government and business both have been forced to make concessions.

But that does not necessarily mean they really believe pay parity is a big problem the country must overcome - and it certainly doesn't mean they want to pay for it. Which begs the question, again, of how it's going to be achieved.

The first stumbling block may be that the recommendations take the form of principles that would be used in so-called "good faith" bargaining. I am sure there are employees who enjoy genuine 'good faith' bargaining, but I would argue that many more do not. The balance of workplace power is currently firmly tipped in favour of employers, particularly where there is not high union membership, which is most places.

"Good faith bargaining" is an amorphous phrase that means little at the point where the parties meet across the table - one trying to keep cost out of the business, the other trying to secure as high a wage as possible.

Often, a court is needed anyhow to determine exactly what constitutes 'good faith'. So I am sceptical of this recommendation.

The other issue is, of course, who pays? Inevitably, higher wages means someone has to foot the bill.

Industries like elder care tend to hew to the minimum wage, complaining they don't get enough money from the government to pay their carers (even while returning healthy profits to their shareholders and sitting on enormous property portfolios). Will they demand the government cough up? And if so, will the government do so - and if so, what will they sacrifice to generate the extra dough?

The World Economic Forum says the most successful countries at eliminating the pay gap use a number of legislative levers. Business is expected to step up to the plate (if not voluntarily, then they're given a 'disruptive jolt' by legislation).

These levers include quotas on boards and senior management, while child subsidies, tax credits, gender-neutral taxation regimes and other measures politically ensure full female participation not just in the workforce, but across the workforce.

Of course, these measures are used by governments that actively want to fight pay disparity, and are willing to take on a sometimes unwilling business community to see it done.

It is yet to be seen if the recommendations of the Joint Working Group on Pay Equity achieve the same end here in New Zealand, and the largely female workers in some of our most vital sectors get their very late due.