Encouraging young women to consider careers that are in high demand and offer high wages could help address the bleak gender pay gap, the Minister for Women says. 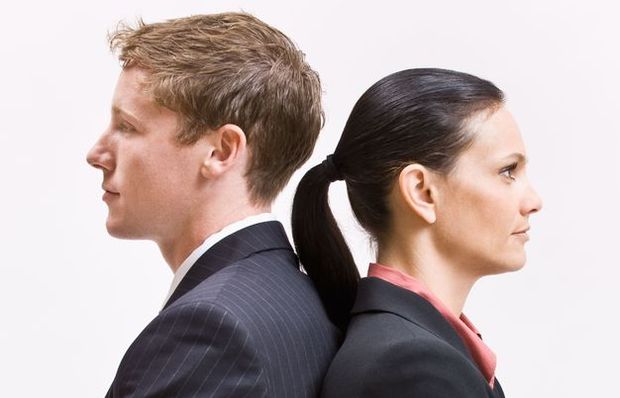 The gap between what women and men are paid at the country's 29 public service departments has been revealed for the first time.

The pay gap between men and women in the different departments ranges from 39 percent, at its widest point, to 1 percent.

The figures from the State Services Commission show the gap between men's and women's annual full-time salaries in 2015 was widest at the Ministry of Defence and the Crown Law Office.

Men at both workplaces were paid, on average, 39 percent more than women.

(2) Chief Executives are excluded from gender pay gap for individual departments but not from the overall Public service average.

Ms Upston said it was important to recognise that there had been a decline in the gender pay gap but it wasn't happening as quickly as she'd like.

She said now they had more data it would provide better information for where they should focus their attention.

Ms Upston said initiatives to address the gap were already happening and the Ministry for Women was leading some of that work in the public sector.

She said contributing factors to the pay gap were quite complex and one of the issues was career progression and the impact taking breaks had on that.

"An area we've got to look at is that early/mid-career period, where often women take career breaks, how does the public service better support women through that period?"

She said legislation that gave every worker the right to request flexible work, was introduced last year.

"One of the pieces of work that we're doing next ...is having workshops around the country ...and really talking to employers about some practical steps that they can take to better support women in their workplaces through flexible work."

She said unconscious bias training was also being delivered through parts of the public service.

"Unconscious bias means that you're looking at what are some of the biases either by the applicant in front of you or the lens that you bring that might limit your ability to chose the best person for the job."

Ms Upston said young women tended towards occupations that did not pay well.

"One of the things that's come out of the data is that the three largest occupation types that have the lowest wages - clerical and admin roles, contact centre staff, social health and education workers, are also female dominated careers in the public service.

"Another really big opportunity is what do we do to influence career choices and see if we can alter those either perceptions that those are female jobs or actually get young girls and young women choosing a broader range of careers."

She said research carried out a couple of years ago found among year 11 girls in Auckland and Dunedin, that the three top career choices were flight attendants, kindergarten teachers and hairdressers.

"We also need young girls to be considering careers where there is high demand, high growth, and high wages. Whether it's in science and technology, ICT, or the trades, all areas that we are desperate for more New Zealanders to work in those areas."

The Canterbury Earthquake Recovery Authority had the third widest gap - men there were paid 28 percent more, on average, than women.

The State Services Commission, which has oversight over the public service, was fourth on the list - men working at the commission were paid 27 percent more than women.

The Ministry of Education rounded out the top five, with a 26 percent wage gap between men and women.

At the other end of the scale, men at the Ministry of Māori Development were paid just 1 percent more than women on staff, while the gaps at the Departments of Corrections and Conservation and the Ministry for Pacific Peoples were all less than 5 percent.

The State Services Commission has also released a breakdown of gender pay gaps in the 29 departments and ministries for each year going back to 2008.

A few organisations have managed to narrow their gender pay gaps.

Treasury has cut its pay gap from 32 percent to 18 percent.

The difference in male and female salaries at the Department of Prime Minister and Cabinet has narrowed from 28 percent in 2008 to just 7 percent last year.

The gap has also narrowed at the Serious Fraud Office, from 25 percent in 2008 to 11 percent last year.

But the overall public service gender pay gap - which does include chief executives' salaries - has dropped just 1 percentage point since 2008, from 15 percent to 14 percent last year.

Speaking to Morning Report, a representative from the biggest union for public service staff said the figures highlighted the stubborn inequality they were trying to deal with.

Public Service Association national secretary Erin Polaczuk said the gap sent a clear message to women that they were not valued.

She said the current laws worked, but there needed to be some motivation to change from the top.

"Like making sure that the culture of a department is such that women can take senior level jobs on a part-time basis, so that the child rearing break doesn't hinder your career."

Miss Polaczuk said for there to be improvement there must be transparency around things like pay rates, and how women progressed through their careers.

Those remarks were echoed by Equal Opportunities Commissioner Jackie Blue, who told Morning Report publishing the statistics was a good start and provided transparency, so progress could be tracked.

She said the pay gap in the public sector was unacceptable, and some heads of departments would not be happy about the figures.

"I know that the secretary of defence, Helene Quilter - she's a very formidable woman, she won't be happy with that stat."