Most Chinese people looking to buy property in New Zealand have links to the country, the head of a popular Chinese listing website says. 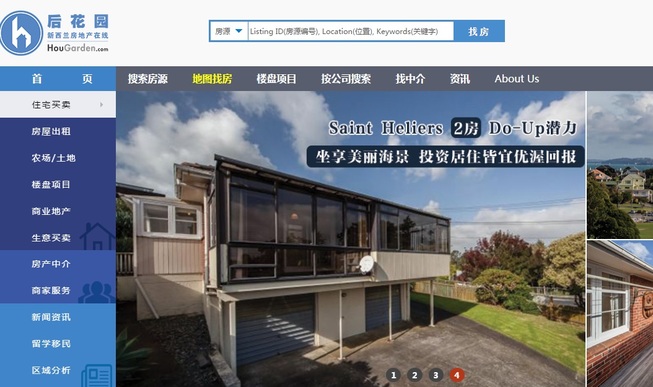 Hougarden.com has 36,000 New Zealand residential listings translated into Chinese, as well as farms and commercial property.

Between 5000 and 6000 visitors visit the site each day. Half are viewing the website from New Zealand and half from China.

About 10 percent of those who replied were studying in New Zealand, about 20 percent had family here and only about 20 percent said they were looking for some overseas investment for their portfolios - so were neither living here nor intending to.

About a third of the respondents wanted to buy property to live in it, and others wanted to move to New Zealand because they liked the lifestyle, Mr Yin said.

"That indicates the people, really, the Chinese buyers, are coming to New Zealand to buy the property we have, have a connection to New Zealand."

In terms of the city that respondents were most interested in, Auckland lead the way - particularly the North Shore and the central city.

Mr Yin said he was aware immigration was affecting the property market.

"The government really needs to look at a long-term plan to build up infrastructure in order to make it ready for the new immigration."

The social media survey asked people a series of questions, as displayed here in the following graphs. 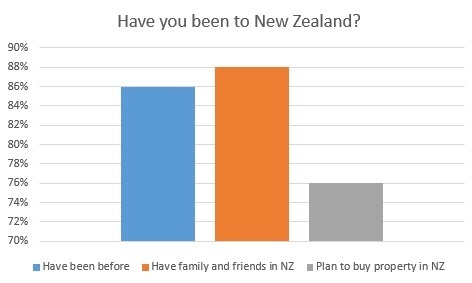 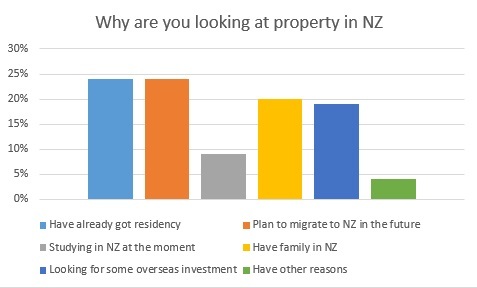 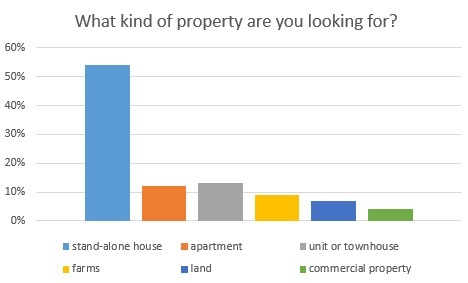 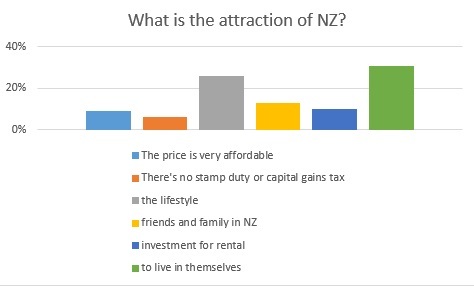