The exceptionally warm and rainy start to the year carried on in May, with the latest climate figures showing record-breaking temperatures.

The nationwide average temperature was 12.9°C - the warmest May since NIWA's temperature series began in 1909.

NIWA's climate summary says well above average temperatures were recorded by almost all its climate stations in the country. 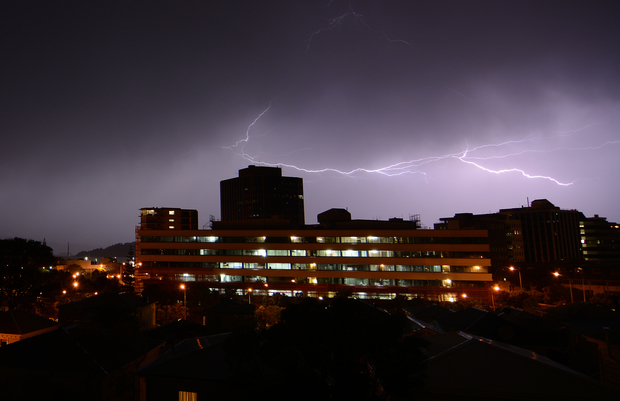 May was also a stormy month with thousands of lightning strikes across the country on 16-24 May. Photo: SUPPLIED / Thomas, from Wellington

Of the main centres, Auckland was the hottest, Dunedin the coldest and Wellington the wettest.

With the heat from warm seas providing fuel for storms, areas such as Palmsterston North, Greymouth and Hokitika also had their wettest May on record.

Napier and Christchurch had their highest May average temperature with records extending back to 1870 and 1863 respectively.

NIWA forecaster Chris Brandolino said every month this year, through to May, has had above average temperatures.

The first five months of the year equalled the warmest start of the year on record - which was in 1938.

"You don't have to be a NIWA climate scientist to understand that if the wind's coming from the north and not the south, it's going to be pretty tough to get cold."

Mr Brandolino said temperatures over the next three months were expected to be above normal for the whole of the country, which was on track for what could be the warmest year yet.

"We're off to record warmth across the globe, could be the warmest year on record when the dust settles in December 2016."

The year would certainly be in in the top two or three warmest on record, he said, and climate change and greenhouse emissions were a factor. 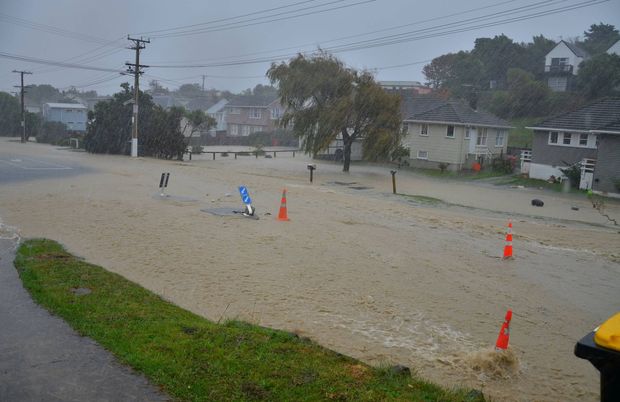 High rainfall in many areas led to flooding including in Porirua in May. Photo: SUPPLIED / Michael Debbage

Rainfall was well above normal for large parts of the South Island - more than 150 percent over the average in some cases. The exceptions were parts of central and eastern Canterbury, which were below normal.

In the North Island, rainfall was well above normal in Taranaki and Manawatu-Wanganui as well as the western portion of the Wellington region.

Well below normal rainfall was recorded along the coastal fringes of Gisborne, Hawke's Bay and eastern Wellington.

The rainy month, not surprisingly, meant sunshine hours were were below normal in many areas, but Gisborne, Hawke's Bay and eastern Wellington were the exceptions with higher than usual sunshine.