MediaWorks has announced it is purchasing Rachel Glucina's stake in the gossip website Scout, and she will be leaving the company. 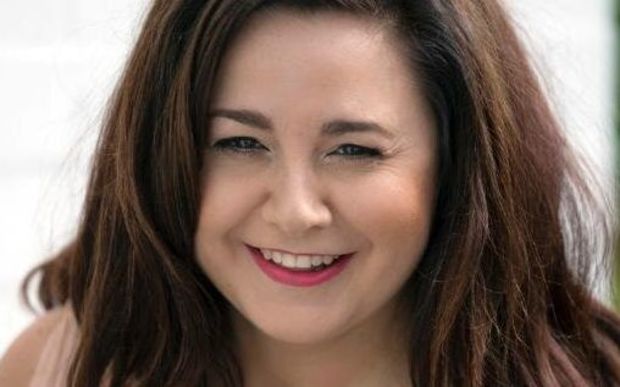 In a brief statement on its Newshub website, MediaWorks said it had concluded negotiations with Ms Glucina, a former New Zealand Herald gossip columnist, for the purchase of her interest in the joint venture partnership.

It said Newshub proposed to focus its entertainment news into Newshub and a consultation period was underway with Scout staff.

Ms Glucina would be leaving MediaWorks to take up a new opportunity on completion of sale.

MediaWorks and Rachel Glucina have today concluded negotiations for the purchase of Rachel's interest in the Joint Venture Partnership.. 1/4

I’ve resigned. MediaWorks has headhunted me for a joint venture partnership to create, run and co-own a new digital entertainment platform.

The website was described as a "source for breaking entertainment and celebrity news". It was developed as a joint venture between Ms Glucina and MediaWorks, when Mark Weldon, who resigned last month, was CEO.

In a statement released when Ms Glucina joined MediaWorks, Mr Weldon said he was excited to be developing the brand with her.

"Our goal is to be the go-to website for local and international entertainment content, and Rachel is the leading local player in this space, uniquely placed to create and manage this exciting project."

The subsequent launch of Scout was met with much controversy, with many of MediaWorks' own employees publicly criticising it.

yeah just as an FYI i'm not doing anything for scout, ever.
kia ora

Mr Weldon resigned after overseeing a tumultuous time at the company, in which a swathe of high-profile presenters and journalists resigned or were made redundant. His departure prompted media watchers to question the future of Scout.

Many MediaWorks employees and former employees expressed relief when Mr Weldon resigned, but Ms Glucina paid tribute to him on Twitter.

The most visionary & inspiring leader I've ever had the pleasure to work with has resigned. #markweldon #mediaworkshttps://t.co/qulYUYNgZL

Scout's first lead story was a video of Seven Sharp host Mike Hosking vacuuming his car, and Mr Wallington said it didn't get much beyond that.

He said Scout was another one of Mark Weldon's ideas.

"So you can say that, you know, that's another Weldon mistake."

Mr Wallington said it was also a mistake by Mr Weldon, in that Scout riled other members of the Mediaworks newsroom.

He said New Zealand was too small of a place for gossip sites.

"A lot of the stuff that was in it was quite toxic."

Mr Wallington said it restored his faith in humanity that Scout didn't work.