As Sāmoan Language Week draws to a close, Auckland students explain that learning Gagana Sāmoa brings pride, confidence and a sense of belonging. 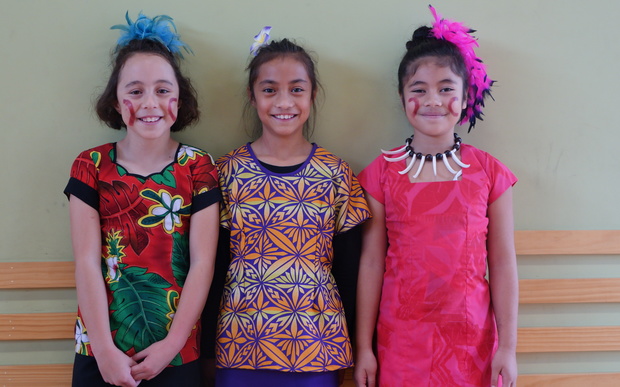 Pride, identity, belonging, and culture. When you ask Samoans about the importance of learning Gagana Sāmoa, the Sāmoan language, those words are brought up again and again.

That's not to suggest those who don't speak the language are without those things. But those who do speak Samoan say the language is an extra link, another connection to knowing who you are, where you come from.

"It maintains and helps keep our culture alive," said Mangere College Year 13 Samoan language student Mema Futi. "I've gained a lot of knowledge about my culture, being that I was brought up in Australia and New Zealand, I've gained a lot taking Samoan classes." 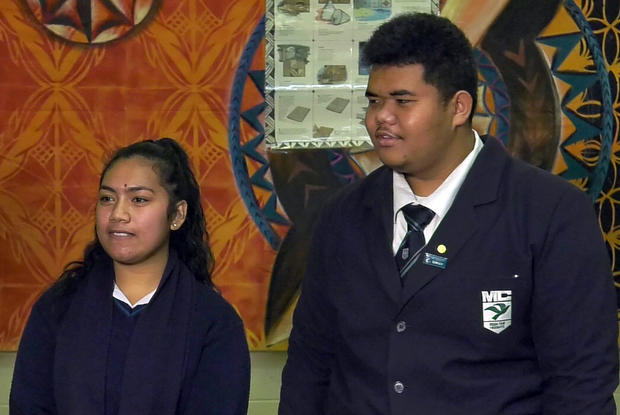 "It's helped me in a big way", added classmate Anitelea Ah Mann. "My confidence comes from my Samoan background, it's impacted me in a huge way. When you learn the words, I think that's where you learn the majority of what your culture is about, and how it works."

Second, third and fourth generation Samoan New Zealanders, however, do not necessarily speak it.

Mangere College Year 10 dean Henry Fesulua'i teaches Samoan at the school, as well as at the Pasifika Education Centre.

He saw people from all walks of life at the centre, and the one thing they had in common was that missing link with their parents, he said.

"The lack of understanding of why our parents do things, and it just comes down to something as basic as language.

"When they go back to Samoa, even as Samoans, they see themselves as the outsider looking in. There's that connection that's been missing for many years... Something as basic as language, as part of that connection, knowing your identity, knowing your language first, you can approach and relate to anyone." 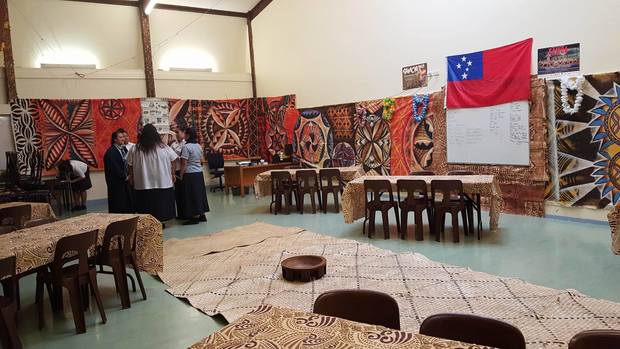 The Samoan language students at Mangere College have been preparing different activities for each day of Vaiaso o le Gagana Sāmoa (Sāmoan Language Week). On Monday, they taught teachers basic instructions in Samoan to use in the classroom.

By the end of the week, teachers will have learnt the Samoan national anthem, with students singing and translating each sentence of the anthem for them.

A school hall has been decorated with fine mats, tapa and art, where students have been hosting early morning breakfasts to give fellow students and staff a taste of Samoa. Assistant principal Mele Ah Sam, who also teaches Samoan, had promised Koko Alaisa, or cocoa rice, would be on the menu.

Samoan Language Week, she said, was important because of New Zealand's multi-cultural society.

"And because there is a large number of Samoans now living in Auckland, so they need to embrace their culture. Many times our Pacific, especially Samoan names, are mis-pronounced. It's our job, our duty to try and educate them, and also let them learn the beautiful culture of Samoan." 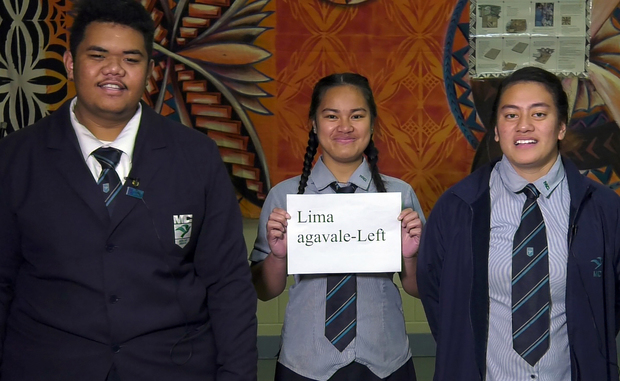 Student Saofaiga Tulafasa said she enjoyed the week because she was able to spend time with others who were keen to embrace her culture.

Mema Futi said those who were Samoan but didn't know the language yet should know that learning it was fun and interesting, and it was very similar to other Pacific languages.

Anitelea Ah Mann suggested it would be a good task for those who pronounced Samoan names wrong, and her classmate, Danita Samuelu, said it would help people communicate with their elders.

They all agreed learning Gagana Samoa would help them out a lot in life.

"They should learn because it's like another life to me," said Saofaiga Tulafasa, as she beamed with a smile. "I don't know how to explain it. It's something you can treasure." 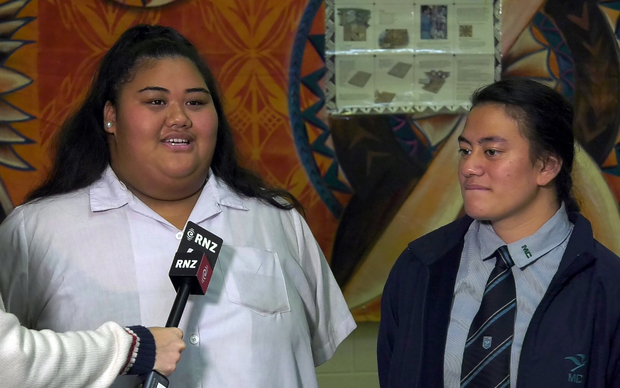 Mangere College's Henry Fesulua'i said Samoan Language Week was especially useful for second, third, and fourth generation New Zealanders slowly trying to get back in touch with their identity and heritage.

His colleague, Mele Ah Sam, said parents might have come to New Zealand at a time when learning English over Samoan was emphasised as the priority, because that was the language of education here.

At one point, not many schools were offering Samoan, and early childhood education was not as important, Ms Ah Sam said.

Now, however, it was, and there were plenty of opportunities for people to learn the language, she said.

The role of early childhood centres

On Wednesday, they joined with the Mua I Malae, the Samoan bilingual unit at Richmond Road Primary School, to celebrate Samoan Independence Day.

Samoa became independent on 1 January 1962, after years of colonial rule first by Germany and later New Zealand, but celebrate the day on 1 June every year.

Students, teachers and parents wore leis and lavalavas and bright floral shirts as they raised the Samoan flag, sang and performed the Siva Samoa as part of a special school presentation.

One of the head teachers at the Aoga Fa'a Samoa, Eneleata Tapusoa, said while they already spoke Samoan every day, having a week set aside to celebrate the language taught the children that their language was important. 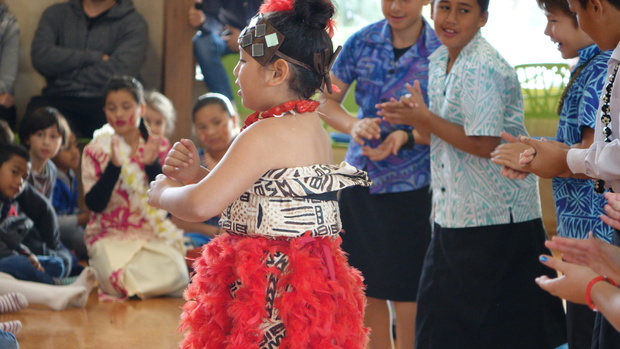 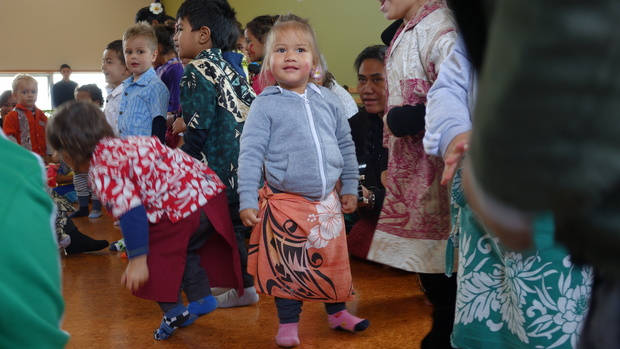 "It's very important, especially for children that come from English-speaking homes, to be immersed in the language. From my observations from my own children, they need to grow up knowing who they are.

"Because later on in life, they're confident in both worlds, being a New Zealander and being a Samoan. They're good in both worlds, not just English, but having that sense of belonging to knowing who you are."

She said while the children were a bit young to understand Independence Day, it was good to be reminded of what they've been through, and what it took for Samoan people to become independent, to stand up for their rights, and to fight for their own country, and rule it the way they want. 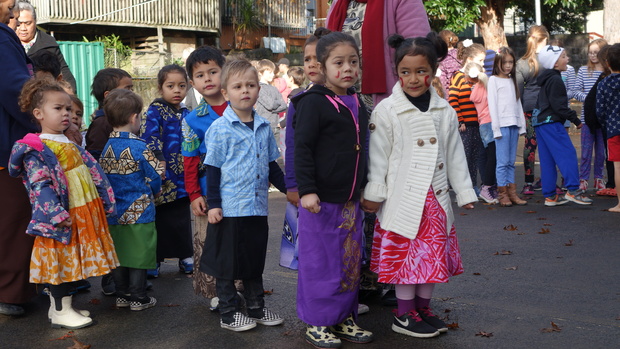 Parent Sia Farani-Faga said parents had a responsibility to learn about Samoa's history themselves, so they could pass on the knowledge to their children.

"They feel it when they have an event that the school can support, where they say, "this is us, this is what we are", especially in New Zealand. Even though I'm not Samoan, on behalf of my family that I'm married into, the ones that are here, it's a special link back to home.

"I think the kids feel that as well … It provides them with an identity and a grounding with confidence as well … It does provide them with good foundations." 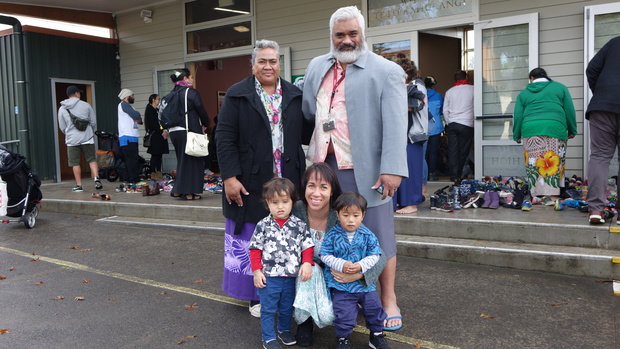 For Navena Pio, a co-leader at the Mua I Malae, which teaches in Samoan 60 percent of the time, the week also allows for some nostalgia.

"We try to bring our own experience from when we were in Samoa, to our little Samoans here. Show them the games we used to play, the activities that we used to do at school. That's why it's special, because we don't do that every day. It's something for the whole school to be proud of."

Three of the students in the Mua I Malae unit, Olevia Barron-Afeaki, Elena Jennifer Wulf and Luella Leone Bracey, said through giggles that celebrating being Samoan was special to them because it made them feel part of Samoa, and they loved dancing.

"I'm so proud to see the kids be so proud to be Samoan," Ms Pio said. "I know the kids love the Samoan. They are mostly kids that were born here, it's good for them to be part of that." 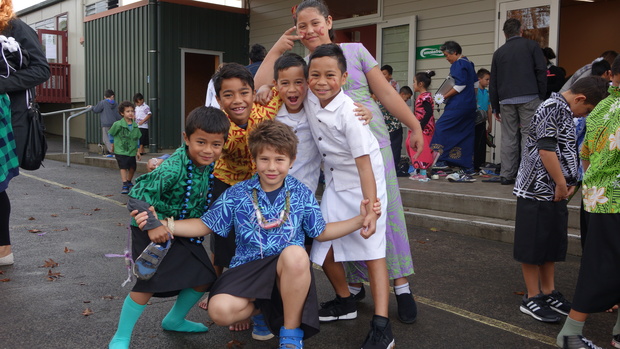