Samoans around New Zealand celebrated 54 years of independence with song and dance.

Samoa became independent on the first of January in 1962 after years of colonial rule but celebrate the day on June the 1st. 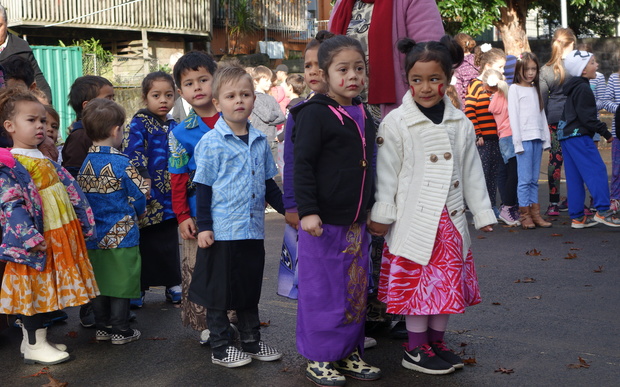 Leilani Momoisea went along to Richmond Road Primary School's Samoan language unit, Mua I Malae, and the Aoga Fa'aSamoa, an immersion Samoan early childhood centre, to join in the festivities.

They said they were excited to celebrate independence day and Samoan language week because it makes them feel a part of Samoa and because they like dancing. 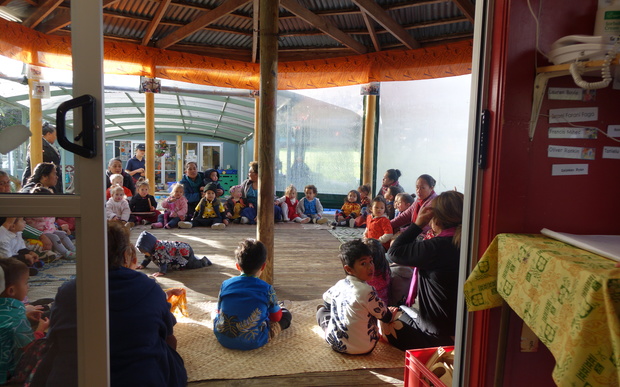 Children and teachers in the fale at the A’oga Fa’a Samoa in Grey Lynn. Photo: RNZ/Leilani Momoisea

Samoan is the third most spoken language in New Zealand, with just over 144,000 people at the last Census identifying as Samoan.

The Mua I Malae students are taught in Samoan 60 percent of the time. The co-leader of the unit, Novena Pio, said knowledge of the language helps Samoan children know where they come from.

"That's who they are, their identity, and part of that is that they're confident to be Samoan academic learners, not just in English, but in Samoan as well. It's marvellous that they celebrate it every year."

Students, teachers and parents wore leis and lavalavas and bright floral shirts as they raised the Samoan flag, sang, and performed the siva Samoa.

"From the little ones, who really just get the feel of the day, to the older ones who can speak so confidently about the dates, the history, the depth of feeling that they can express."

Another A'oga Fa'a Samoa parent, Sia Farani-Faga said parents have a responsibility to learn about Samoa's history themselves, so they can pass on the knowledge to their children. 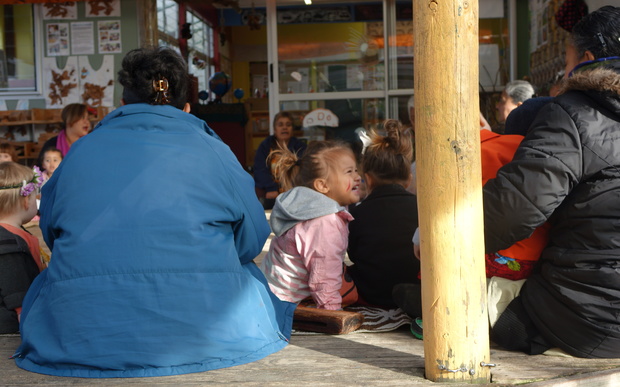 One of the head teachers at the Aoga Fa'a Samoa, Eneleata Tapusoa, said it was important that children are immersed in the Samoan language, especially those who come from English speaking homes.

"From my observations from my own children, they need to grow up knowing who they are because later on in life, they're confident in both worlds, being a New Zealander and being a Samoan, they're good in both Worlds." 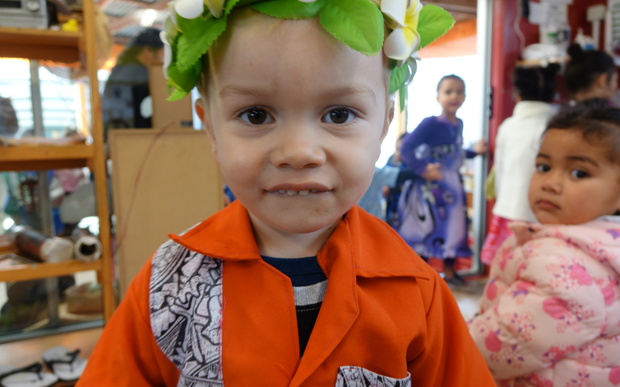