Recent allegations of fish dumping are not a fair representation of the industry, the Federation of Commercial Fisherman president says. 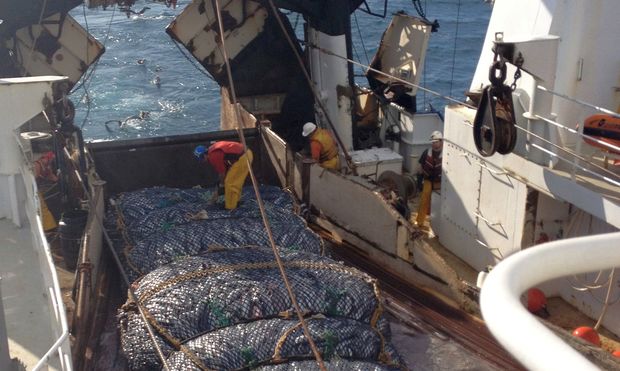 A Ministry for Primary Industries report leaked last month showed its own officials believed between 20 and 100 percent of some quota fish were being discarded during every haul.

The report, written by a ministry investigator, said MPI's own failure to prosecute skippers is contributing to over-fishing and illegal dumping.

Federation of Commercial Fishermen president Doug Saunders-Loder said at the organisation's annual conference in Christchurch today that the report was frustrating as the actions of some have led to a huge misunderstanding of the industry.

"Fisheries management in New Zealand is in a good position and we need to acknowledge that and support those who work in the fishing industry.

"I think the news about fish dumping is a beat up, it's not as bad as it's been made out to be and the public needs to have confidence in that."

He said some changes needed to be made to management in the industry so there could be a better understanding of the issue.

"There needs to better collaboration between the government and the industry - it's happening now but I would like to see it happen faster.

"We are not very good as an industry of portraying our story, we have a well maintained sustainable fishery which is creating jobs for the next generation, we need to focus on telling that story rather than focusing on a small amount of managed discarding which happens."

Mr Saunders-Loder said the industry is working on leadership opportunities for the next generation of fishermen.

"The younger guys struggle with being proud of their job because of the negative perceptions which get thrown around, people need to understand there is a difference between discarding fish and dumping fish."

He said dumping is illegal and not in the industry's interest.

"Managed discard is when small or damaged fish are put back, in some cases they are still alive."

Adam Clow is a third generation fisherman operating from the Coromandel.

"There is a small group which are wrecking it for the rest of us, I believe in what I do and want to hold my head up high but the perceptions are so tough."

Mr Clow said it was not in any fisherman's interest to over-fish or throw fish away, and he has come up with an initiative to show people where the fish they are eating has come from.

"It's all about connecting the consumer with the fisherman, there is a code on the back of the fish bought which takes people to a website where they can watch a video about what the fishing industry is like," Mr Clow said.

Graeme Sinclair from TV series Gone Fishin' told the conference the quota management system has been successful over the past 30 years.

"There is need for change in a couple of places but the government is now aware of that.

"The commercial industry doesn't sit on its hands, in the old days fishermen were mining the resource but now they are farming it, and farmers don't deplete the environment or their stock."

He said the quota management paved the way for a change in attitude.

"Recent suggestions that McDonald's cancel their hoki order due to the MPI report is totally irresponsible and shows a real lack of understanding, hoki has a gold standard in international sustainability.

"New Zealand has a sustainable fishery that focuses on the future that is something we should be proud of."

Mr Sincliar said the footage of the fish discards was not a good look.

"It has to be addressed, the commercial industry has made suggestions for a few years now to tidy that up, some tweaks need to be made to the quota management system to allow that, but progress is being made," Mr Sinclair said.