The largest Māori fishing company, Aotearoa Fisheries, says there is no illegal dumping of fish by its fleet, after a new report claimed catches were under-reported for decades. 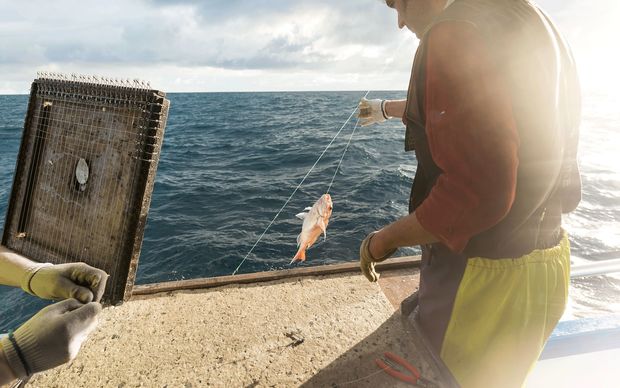 Chief executive Carl Carrington says the company plans to fix cameras in all of its boats to satisfy the public, and would make them available to the Ministry of Primary Industries for inspection.

Aotearoa Fisheries is entrusted with iwi fishing quotas, which are leased to contract fishers.

But Mr Carrington said the report was based on old data and most of it did not cover the Māori fishing industry.

"Māori were absent from New Zealand commercial fishing during the 50s, 60s, 70s and even the 80s, when a lot of this alleged dumping was happening, so this is not really a Māori issue."

The Sea Around Us report also argued that New Zealand's Quota Management System, despite its intentions, undermined sustainable fisheries by incentivising fishermen to misreport their catch and dump their fish.

It quoted Ministry for Primary Industries (MPI) officials who said that New Zealand was "relying on misleading and incorrect data to sustain our fisheries".

In internal documents made public by the report, MPI officials said they had footage of perfectly good fish being dumped in such large quantities that it would damage New Zealand's image abroad.

Mr Carrington said Aotearoa Fisheries had plenty of quota to ensure there is no illegal dumping, but said if officials showed it was happening, the company would address it.

"We're investing heavily in putting cameras on to all our fleet so that the public can have absolute confidence that just because we say its not happening, we can verify it through camera footage."

Mr Carrington said the footage from the boats would be made available to the Ministry of Primary Industries.

He said he did not agree with some of the research document authored by Glenn Simmons, which said there was a lot more the New Zealand industry could do around the utilisation of the fish.

Aotearoa Fisheries was investing in research and development of how to add more value to the waste streams it has and it is currently in partnerships developing new products to help that journey, Mr Carrington said.

Māori fishermen had a strong philosophy of guardianship which was acknowledged in the report, he said.