A woman setting up a soup kitchen to help feed the homeless is laying down the challenge for more church groups to play their part. 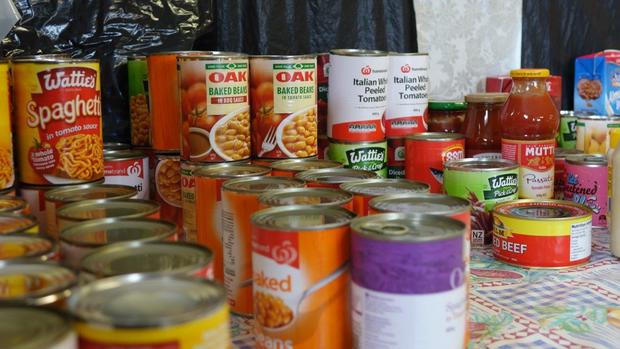 The Marae is now asking what other groups - including churches - can do to help.

Social worker Olive Hunkin, from the All Nations Aotearoa church, has seen the affect of poverty and homelessness first hand, and wants to do more to help.

"One thing that came to me was the food. A lot things that can help keep us warm is food, so the plan so far is just getting permission, because we want to do it right. We're planning right now, because it's the beginning phases. We want to do just bread and hot chocolate, just to have a feel about how many people we're looking at for the long run."

Her project, called Helping Hands, is waiting on permission from the Auckland Council to use the space outside the Onehunga library.

Working with three other volunteers from her church, Ms Hunkin said she hoped the soup kitchen would continue for years.

She said there were many people in need and not enough helping hands.

"It started when my partner and I drove around town and we saw all these empty churches and we thought this is the time when the church needs to step up. This our challenge to other churches, we have so many people in the congregation and we have a need that must be met."

The Auckland Dream Centre, which is backed by local churches such as the Harbourside Church, does weekly food drops for the homeless across Northcote, Three Kings, Mt Roskill, and Auckland Central.

It also has a house which takes in young people off the streets, and some families in need.

Director Moira Peautagi-Brown applauded what Te Puea Marae was doing, but understood why others might be reluctant to do something similar.

"I guess they either don't have the capacity or are still probably trying to meet and gather their people or organisations to come to decisions. I'm not sure if it's for everybody, but I'd like to think that there would be more out there for those who are in need."

But Moira Lawler, from the Methodist group Lifewise, said churches had been helping homeless families for years.

"There are church groups in a number of low decile communities who have been housing people in and around their church community for a very long time. But they're often informal and they have no government resourcing at all. In fact, I'd be surprised if the government knew they existed.

"With the ones that I'm aware of, it's churches seeing people in and around their church property and their community and offering to help."

She said some might find it difficult to open up their doors like Te Puea Marae had.

"The issue is that the resources of parishes quickly run thin because they don't have funding, they don't necessarily have wrap-around support. So offering people a house is a good emergency response, but you need the resources and the skill set to help people move on to wherever they're going next ,and that can be the challenge."

Ms Lawler said churches were using what resources they had to help people in need.