Homeless people are finding themselves thousands of dollars in debt to Work and Income (Winz) for money loaned to them to stay in motels. 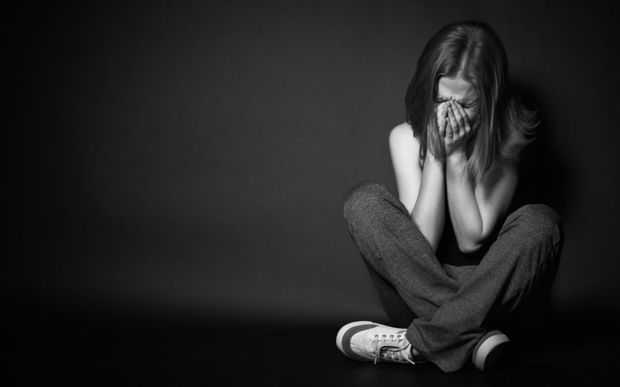 Winz will loan people money to rent out a motel room as emergency housing, when there is nowhere else to put them.

People then have to repay the debt, and many say that is just not possible.

Earlier this week, when asked what people living in cars or garages should do, Prime Minister John Key had a simple reply.

"My really strong advice is to go and see Work and Income," he said, "and we'll see what we can do, because I think people very often don't understand what's available to them.

"My experience with Work and Income is they do their very best to support people in those situations, especially when children are involved."

For the past two weeks, she had been living in a motel with her three children - aged six, two, and eight-weeks-old.

Her stay cost $2200 - money loaned to her by Winz. But today, Nicole's booking ran out.

This afternoon she was at Winz, begging them to loan her more money, so the family could stay there.

But she said Winz had no other options for her and so tonight, bed looked likely to be her car.

"That makes me terrified for my kids especially, because the first time that this happened to me... They couldn't sleep there."

She said she just wanted somewhere for her family to sleep.

And Nicole is not alone.

Diane moved in to a motel with her children, aged eight and three, on Friday. Winz was paying for it until next Monday.

Diane was worried about the debt, but said she did not have a lot of options.

It was not the motel bill worrying Diane most. It was where she went next.

She was trying to get on the wait list for a state house. But the first available phone appointment, just to register, was on 30 May.

That is a week after Diane and her children have to leave the motel, and she did not know where they would sleep that week.

"And when I actually do get a house, I don't even know if [Work and Income] will pay the bond."

She said she was worried about the future.

Beneficiary advocates said Nicole and Diane were not isolated cases.

"I've just spoken with a woman who now has a debt of over $60,000 to Work and Income," said Alastair Russell of Auckland Action Against Poverty. 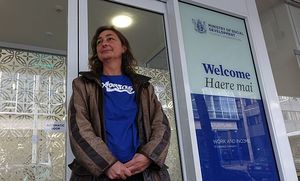 "This is kind of sitting round the other way when Work and Income are going, 'Well the only place we can put you is a hotel, and you're going to have to borrow the money off us'."

But Ms Brereton did not want the policy scrapped. She said that at least this way, people got off the street, albeit indefinitely and indebting themselves in doing so.

She, Alastair Russell, Nicole and Diane all said the same thing - there just was not enough affordable housing.

"I just want to be on the right track."

Meanwhile, the Ministry of Social Development said it would always try help people in ways that did not get them into debt.

In a statement, however, Social Housing deputy chief executive Carl Crafar said sometimes hotels and motels were the only option.

"In an emergency situation we will work with people to look at all options. We could look into whether family or friends are able to help. We are able to refer people on to emergency housing providers and can help with immediate financial assistance.

"Our priority has to be to address an immediate need, and paying for motel or hotel accommodation may be the only option available."

He also reiterated incoming changes to the emergency housing system, which would take effect in September.

"The government has announced that from September 2016, a special needs grant will be available that is dedicated to helping those needing emergency housing.

"This does not need to be paid back, and will be payable for up to seven days while we work with them to investigate alternative housing options."

The government also announced funding for 3000 emergency housing places per year, over the next four years, he said.