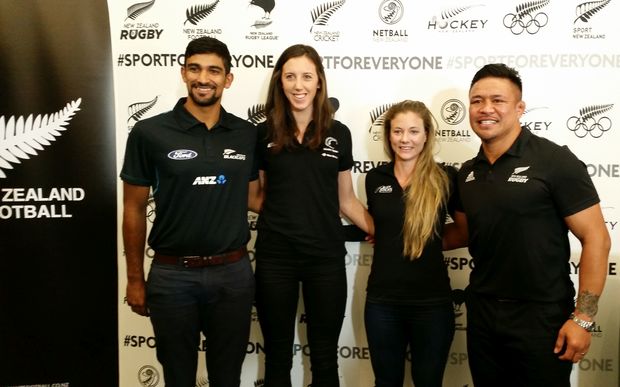 He joined a chorus of athletes and industry figures today pledging to do more to combat discrimination and homophobia in sport.

From now until the end of the year, each will put together a framework for how to do it.

NZRU head Steven Tew said there were a number of programmes in place already.

"Most obvious is Applaud, which is our sideline behaviour programme which is three years in the system, and we've provided a lot of resources to make that work.

"Physical reminders to parents and spectators about what is appropriate behaviour on the sideline, and we're now working on what else we can do." 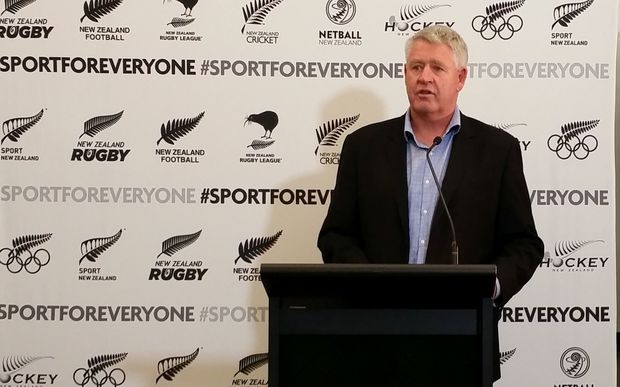 Mr Tew said while reminders to spectators were necessary, homophobia needed to be addressed at a high school level.

"The best place is in the very early days of an athlete's development, so the education programmes are going to be very important."

He said Australian player David Pocock had put a good peg in the ground as a respected player speaking out against homophobia in the sport.

In New Zealand others are stepping forward now as well.

"Sport is such an awesome place to make change because of the amount of people that follow it, but people look up to sports people.

"We're in a position to make change."

He said he had not witnessed homophobia in rugby himself and he had no doubt there were gay players at different levels of the sport.

Keven Mealamu said it had to be the team environment where they felt safe enough to come forward when they were ready.

"They're still our team-mates, that doesn't change the way they are, it's just learning how we can accept that.

"For us it'll be something new because I've never experienced it myself, but just learning how to make sure nothing changes."

He said the way forward was to encourage players to be more open minded.

"Not forcing it on others but making sure they see things with an open eye."

Human Rights Commissioner and former squash champion Dame Susan Devoy said today's announcement was a good start, and showed the big sport organisations had realised there was a problem.

"I'm interested to see that it's a bottom up approach, which I think has really got to happen.

"It can't be driven by government, it has to be a change that comes from the players themselves."

Dame Susan said it was at the early stages of high school sports where discrimination and homophobia were learnt.

"Bigotry runs high if it's not addressed in someone's formative years, first coaches, then people on the sidelines.

"People need to stand up and be counted, and not be bystanders."

Jeremy Brankin, the captain of gay and inclusive rugby team the New Zealand Falcons, attended the conference today as well.

Mr Brankin said he hoped it would lead to real changes to be put in place next year.

He said it was great people like Keven Mealamu had lent their voice to the campaign, but he hoped current All Blacks would jump on board as well.