Official Budget documents show the Department of Conservation's funding has been cut, says an independent expert. 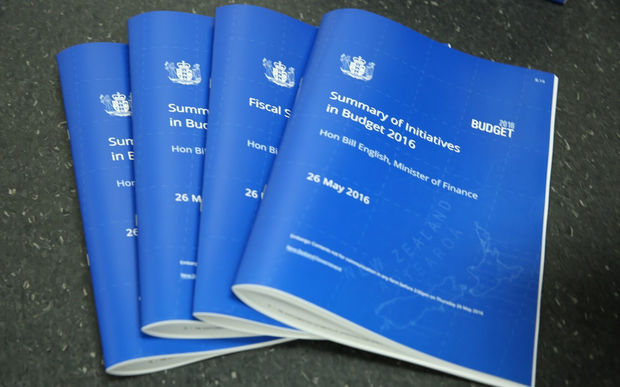 Based on the Vote Conservation figures the total has gone from $471.9 million in the 2015/16 year to $430.1m for the next financial year, said Dr Carolyn Cordery. Photo: RNZ / Elliot Childs

But the department is unequivocal that this is not the case.

Carolyn Cordery is an associate professor in the school of accounting and commercial law at Victoria University.

She teaches advanced financial accounting, is on the New Zealand accounting standards board and her area of interest is in public and not for profit sector finances.

Dr Cordery has no vested interest in DoC's accounts.

She said that was a significant drop between the two years, "certainly on the evidence that was provided on Budget night there appears to be a drop in the budget."

Earlier this month the government announced $20.7m of new funding for the Battle for Our Birds programme to undertake the largest pest control operation the country has experienced.

But that is a one-off cash injection to deal with a one-off event - this year's mast, which according to Conservation Minister Maggie Barry is going to cause a plague of rats and stoats of biblical proportions, some of which will be spent in the next year.

DoC was adamant funding had not been cut and said it expected the final budget for 2016/17 to be substantially higher once budget transfers were confirmed.

DoC director general Lou Sanson told Morning Report its funding was complex and it had not been cut.

"They're not like a normal agency where it's all government funding. We're raising revenue - this year we will have $41m in revenue from tourism, concessions, mining applications, that sort of thing. Our budget is complex, and we'd be delighted to bring all the players into the room and take them through it."

Mr Sanson said he could see why there had been some confusion and he aimed to tidy that up.

Environmental Defence Society chief executive Gary Taylor said the way DoC transferred money from year to year was complex and hard to understand but based on the official documents there had been a reduction.

He said he was gutted by the cuts because he spent the last 18 months trying convince ministers the department needed more by raising the profile of the pressures on New Zealand's indigenous species and talking about the additional pressures that were coming with increased tourist numbers.

"It just seems to have fallen on deaf ears, and it's especially galling to have this kind of outcome when we've been talking directly to the Prime Minister about it."

DoC manages a third of New Zealand as well as its endangered species according to Forest and Bird advocacy manager Kevin Hackwell.

He said as the funding stands it could only afford to carry out pest control on about a tenth of the conservation estate, and a good half of the money that DoC spent was on the recreational tourism side.

"Only half of its total budget goes into looking after our endangered and threatened species, all those places, all those national parks et cetera, and that is the bit that has always concerned us."

Both Mr Taylor and Mr Hackwell said the numbers around DoC's funding were very opaque and there needed to be a lot more transparency about what was being allocated specifically from the government, and spent by the department.