ANALYSIS: Depending on your outlook, the Budget either delivered for the environment, or was woeful. 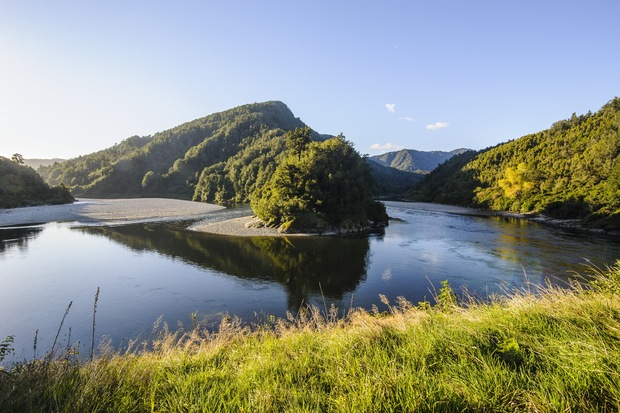 The Budget committed $100 million to a contestable fund to improve freshwater quality, first mooted in 2014.

The money, to be spread over 10 years, will be used to support projects to clean up the country's rivers, lakes and aquifers.

Initially, the Freshwater Improvement Fund was to be used to buy and retire selected areas of farmland next to important waterways to create an environmental buffer with the aim of improving water quality.

But in February the government said it intended to retain the intent of the funding, it wanted to broaden it to help pay for other inititiatives including irrigation.

For more on the fund see page 33 of the government's water quality document.

In its water quality document it states: "irrigation projects will be eligible for funding only commensurate with any environmental benefits that would not be achieved by the funding available from other sources".

Irrigation projects already have other sources of public funding, such as the $400m Crown Irrigation Investments scheme of which $102m has been allocated in this year's budget. From July this fund will manage regional schemes.

There is also the Irrigation Acceleration Fund, which will focus on smaller community schemes.

What the goverment says:

Environment Minister Nick Smith said priority would be given to projects which included funding from business or philanthropic funds.

"The fund will help communities achieve their desired water quality and quantity limits faster ... By encouraging this funding now we can achieve significant results for New Zealand and minimise the long-term clean-up costs."

But there are many sceptics of the scheme, not least Fish & Game, whose chief executive Bryce Johnson said the fund showed that taxpayers were continuing to fork out for the polluters.

Mr Johnson said the funding was well short of what was needed.

"While Fish & Game welcomes anything that will help fix the present woeful state of this country's water quality, the sad truth is that this $100m is only the start of what is needed to undo the damage caused by thoughtless development and intensification."

This year's Budget finally confirmed the timing of the phasing out of the one-for-two subsidy scheme in the government's Emissions Trading Scheme (ETS).

The subsidy effectively halved the price of emitting by allowing players in the liquid fossil fuels, industrial processes, stationary energy and waste sector to surrender one New Zealand Unit (NZU) for every two tonnes of carbon emitted.

The subsidy will be phased out over three years, starting from January, which the government says will give businesses the time to adjust.

However, the cap on units will remain at $25. Because it is capped, polluters are protected if carbon prices rise.

That price was set in 2009 and a 2011 review of the ETS recommended the cap be retained but be increased in steps up to $50 by 2017 to incentivise emissions reductions.

The government says removing the subsidy will positively impact the operating balance by $356m over the next four years based on a unit price of $12.

Units are currently trading at about $14.

In addition, a $1.96m reduction in spending on policy advice and support to Ministers focusing on reducing the country's net emissions of greenhouse gases was in the finer detail of the Budget.

What the government says:

In terms of the payout of the one-for-two scheme, Climate Change Minister Paula Bennett said that it was time businesses moved towards paying the market price of their emissions.

"This is a significant step in helping New Zealand meet its ambitious target of reducing emissions to 30 percent below 2005 levels by 2030. More importantly, it will support our efforts to grow a lower-emissions economy."

The Green Party said that while it is good the one-for-two deal is being scrapped, the government can't pretend it's going to meaningfully cut New Zealand's emissions.

"National needs to fix the myriad of other problems in the ETS, otherwise this will just be a cosmetic fix aimed to make it look like they care about the climate," party co-leader James Shaw said.

"Scrapping the two-for-one deal will at best reduce climate pollution by just 0.7 percent according to the government's own analysis."

On the reduced spend on climate change policy, Mr Shaw said "it's ridiculous that at a time when the government is blowing its budget mopping up the effects of climate change, it's cutting back on the very research and advice it needs to fix the problem."

But she said further government action was needed to restore "a meaningful and stable price on emissions in the NZ ETS to drive low-emission investment decisions".

Funding for the Department of Conservation (DoC) has attracted headlines in the last week, but the push by environmental groups and the opposition to get DoC more funding has been going on for months.

The pre-budget announcement of one-off funding for the country's largest pest control campaign and the announcement of $16m over four years to tackle wilding conifers did little to detract from environmental lobby groups' criticism of the cut to DoC's operating expenditure revealed in the Budget.

The funding to tackle wilding conifers will go towards the highest-priority areas, likely to include Molesworth Station, the headwaters of the Southern Alps lakes and rivers, the Wakatipu Basin and the North Island's central plateau.

What the government says:

Conservation Minister Maggie Barry said wilding conifers cover more than 1.8m hectares of land and are spreading at an estimated rate of 5 percent a year.

The $16m funding builds on the estimated $11m spent on the management of wilding conifers each year.

The government said the invasive trees compete with native flora and fauna for sunlight and water and could severely alter natural landscapes.

The funding would help protect productive land, the tourism and forestry sectors, and sensitive water catchments.

Forest and Bird says the 2016 Budget is a tragedy for the environment.

The group's advocacy manager Kevin Hackwell said DoC already had insufficient funds to do its job, "so we will be putting questions to the department to satisfy ourselves that there will not be cuts in real spending or staff this year".

Tourism Industry Aotearoa also questioned the reduction, saying it was dismayed by what it called a significant cut to the department's budget.