Two teenagers who robbed and murdered a 54-year-old man in an Auckland motel have been sentenced to life in prison with minimum parole periods of more than 10 years. 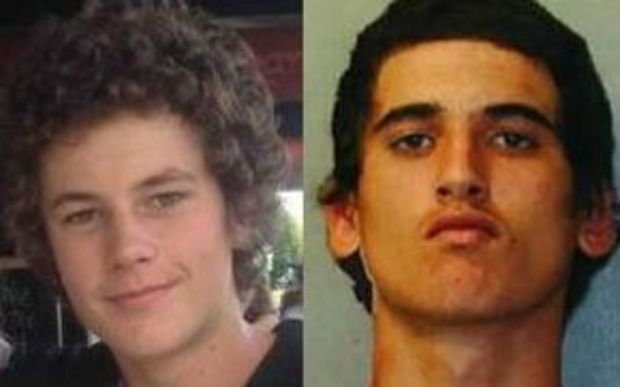 Leonard Nattrass-Berquist, 19, was sentenced to a minimum of 10 years and nine months while Beauen Wallace-Loretz was sentenced to 11 years when they appeared at the High Court in Auckland today, following a jury trial.

Last month the pair were found guilty of murder, aggravated robbery and dishonestly taking a vehicle after a four-week trial.

The pair were 17 when they attacked Ihaia Gillman-Harris at the Epsom Ascot Motel, two days after Christmas in 2014. He later died in hospital. 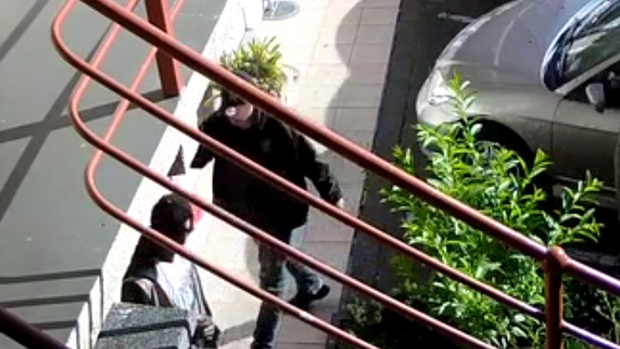 Images of the two teenagers entering the motel were captured on CCTV footage. Photo: Supplied

Mr Gillman-Harris' brother, Hoani Harris, told the court his children and grandchildren had been denied their uncle and great uncle.

"The mental image of him cowering and calling for help as he was set upon by these two...brother, I'm sorry for not being able to say goodbye. I would have brother, if I could."

Mr Harris also said how sorry he was that his 56-year-old brother had suffered alone. 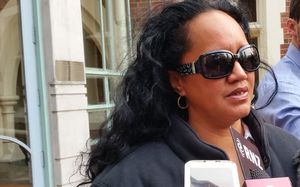 Sister Sharon Harris says the sentencing was important for the family, because it provided much-needed closure. Photo: RNZ / Mohamed Hassan

The Crown said Mr Gillman-Harris was expecting consensual sex with the teenagers at the motel but instead the pair fatally attacked him.

Crown lawyers said there were at least four, probably five, impacts to his head that cracked his skull.

The attack followed over 200 text messages between the teenagers in which they planned to beat and rob Mr Gillman-Harris.

The defence argued Wallace-Loretz acted to protect his best friend from a sexual assault by Mr Gillman-Harris but that was rejected by the jury.

The sister of Ihaia Gillman-Harris read out a victim impact statement before the sentence was handed down, describing the pain the family felt.

Outside the court room, she said the sentencing brought the family much needed closure and they were satisfied with the sentence.

"We've all felt the same pain. We've all had to endure so many things. I think today definitely was closure and we can all go back to our lives, and let our brother rest."

Mr Gillman-Harris' brother, Maungarangi Harris, also said he was happy with the sentencing.

"I think we can be rest assured that we're happy with the results. All we can do now is go home and go back to work." 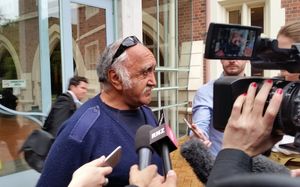 Maungarangi Harris, brother of Ihaia Gillman-Harris, says it was too early to forgive his brother's killers. Photo: RNZ / Mohamed Hassan

Mr Harris said he was not sure if he agreed with some of his family members, who said they forgave their brother's killers.

"I'm not forgiving at the moment for what those guys have done.

He said the family members each had to live with the impacts they had described in their statements for the rest of their lives.