Universities and polytechnics need to axe courses, sell buildings and stop fighting each other for enrolments, says the Tertiary Education Commission. 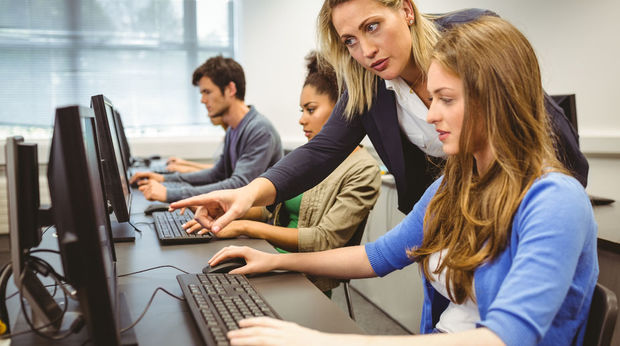 The Universities New Zealand submission said the review was too focused on new technology. Photo: 123RF

It has told the Productivity Commission's inquiry into new models of tertiary education that such radical action will be needed because of big challenges expected in the next 10 years.

The commission's submission to the inquiry says the tertiary education system is performing well, but big changes are coming because of developments in technology and the way people work and learn.

It says institutions will have to significantly change their behaviour and their business models if they want to maintain their quality.

"Many will need to take risks, e.g. trial very different modes of delivery, invest in new technology, or reach out to new types of learners, and make hard choices, e.g. partner or merge with other providers, disestablish faculties, sell buildings."

And it says there is no time to waste.

"Change needs to start now, because demographic and economic forces are already having an impact. Tertiary enrolments are already reducing and this is forecast to continue - especially at universities and institutes of technology and polytechnics."

The submission says institutions are competing when they should be collaborating, and some are focusing on the needs of teachers rather than students.

It would not comment further on its submission, which has had a mixed reception from tertiary leaders.

"We're worried that the TEC are probably leaping a bit too quickly on the distance education bandwagon.

"Distance education's been around for over 150 years, we know that students that do distance-based learning, they're far less likely to complete, they find it a much less satisfactory experience. So we don't see the kind of radical pressure for change that perhaps TEC are imagining at this stage."

Tertiary Education Union president Sandra Grey said the commission was exaggerating the scale of the problem.

"It's not based on what is actually happening on the ground in institutions, but rather on speculation based on myths about how much we have to change because of ICT."

Dr Grey said tertiary institution staff were innovating and the real problem was a lack of money to pay for new ways of doing things.

But the chief executive of the Waikato Institute of Technology Wintec, and chairperson of the Metro group of large institutes of technology, Mark Flowers said the commission was largely right.

He said a lot of the challenges facing tertiary institutions were coming together at the same time.

"Internationalisation, the impacts of technology, and demographic changes and so on, a lot of these things are coming together now. The magnitude of all of this is perhaps greater than had been originally understood."

The commission will publish a draft report later this year.

Other Submissions to the Enquiry

All 16 polytechnics and institutes of technology made a combined submission to the commission's inquiry.

It said the institutions were held-back by a lack of understanding of, and low esteem for, their work.

It criticised the tertiary funding system, saying it was too focused on penalties with too little incentive for innovation and collaboration.

"The underlying themes of the tertiary funding system - that it favours the largest number of full-time students enrolled for the longest period and by individual institutions; and that it is long on penalties for failure and short on incentives for collaboration or for thoughtful risk-taking - are both potentially inimical to what the ITP sector sees as appropriate responses to the changing global economy."

The Tertiary Education Union submission was critical of managerial changes to tertiary institutions which it said had sidelined the voice of staff and students and stifled innovation and creativity.

It said institutions and staff needed more autonomy, and the system should better recognise Treaty of Waitangi obligations.

The trust's submission said all tertiary qualifications should include courses on employability.

"Our investigation of employers' and young people's beliefs about the transition to work showed that young people had very little concept of employers' expectations, while employers were frustrated at the lack of soft skills (such as time management, teamwork, communication and a positive attitude) among young job applicants - even those with post-secondary qualifications."

The trust said research rankings and the savings that come from large lectures meant tertiary institutions were not sufficiently focused on student learning.

The organisation's submission warned the Productivity Commission against focusing on the needs of school-leavers because the ageing population would put more pressure on tertiary institutions to provide retraining for working people.

"The impact will be that the current qualification driven approach to tertiary education is irrelevant and needs to be replaced by a stronger focus on the needs of the customer."

It also said the commission should consider the needs of areas where there were too few people for competition in tertiary education, or even for viable tertiary institutions.

Business New Zealand said links between industry and tertiary institutions should be stronger.

The organisation, which is charged with improving tertiary teaching and learning, said there was already a lot of innovation in tertiary institutions, but it was difficult to spread those new ideas and practices to other staff.

It said there was a lot more scope for the government to use its Tertiary Education Strategy to steer tertiary institutions toward particular goals, such as improving the achievement of Pasifika students.

It criticised target-based sanctions that it said could encourage gaming of the rules, rather than genuinely addressing the issue the targets were supposed to represent.

The peak body for the eight universities warned that the commission's inquiry could undermine them.

It said the review was too focused on new technology and could lead to significant changes that might undermine the quality of teaching and range of courses at universities.