Universities and other tertiary institutions are facing the loss of 10,000 students and many millions of dollars a year in fees and grants over the next three years. 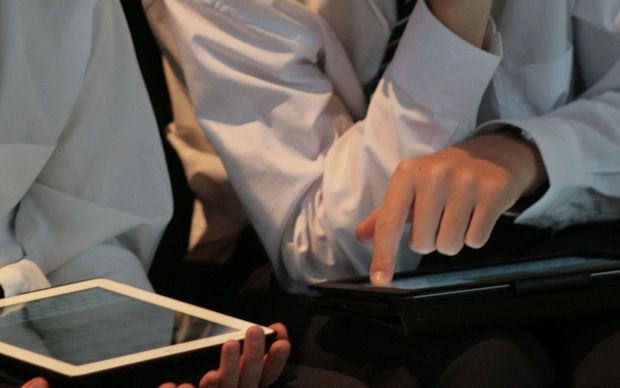 Degree and postgraduate enrolments by domestic students are expected to drop until at least 2019. Photo: ST PAUL's COLLEGIATE SCHOOL

The Education Ministry has forecast falling degree and postgraduate enrolments by domestic students until at least 2019, including a drop of nearly 3000 full-time students in 2016 and a further 5200 in 2017.

It said the number of degree and postgraduate students could drop 7 percent by 2018. Radio New Zealand has calculated that would wipe more than $120 million a year in government funding and fees from institutions' balance sheets.

The ministry said the forecast was based on a falling number of school-leavers and a better job market attracting people to work rather than study.

Most degree and postgraduate enrolments are at universities and the director of Universities New Zealand, Chris Whelan, said it was too early to know how big the fall would actually be.

"We can't argue with the demographics. We know that the numbers of 17-year-olds coming out of the school system are dropping by about 1 to 2 percent a year, levelling off in 2019 and starting to reverse after that, but we are definitely in a very tight four-year period."

Mr Whelan said, whatever the size of the drop, some institutions would be worse hit than others.

"The difficulty with the decline is we don't know where it's going to fall. It often depends on perceptions of students."

Universities and polytechnics were doing as much as they could to try and attract enrolments, he said.

"Every tertiary institution is obviously desperate to make sure they maintain their student numbers, given that the funding from government and from students of course follows the enrolments. So the polytechnic sector, the university sector, they're all out separately advertising and actively trying to recruit students."

University of Waikato vice-chancellor Neil Quigley said the forecast fall was significant and a big change for universities.

Professor Quigley said Waikato was in the fortunate position that university enrolments in its region were expected to increase, bucking the national trend.

Tertiary Education Union president Sandra Grey said a fall in the number of students could lead to course cuts and possibly to some universities narrowing their focus.

Dr Grey said if universities focused more on their strengths, there would be less duplication of courses but that would require more co-ordination than currently existed between universities.

Tertiary Education Minister Steven Joyce said the government would use the downturn in enrolments to increase its funding to the sector.

"We've said to them all the way through that as the numbers do drop, we'll look to reinvest in the system."

Mr Joyce would not guarantee that the amount of reinvestment would match the projected downturn, but he said universities could expect more government income.

"We want to invest more per student over time as we're able to, so that would be our intention to continue to do so, whether it exactly matches that is another story."

He said the government was not universities' only source of income, and their earnings from research and international students had been growing - and universities had coped with changes in students numbers before.